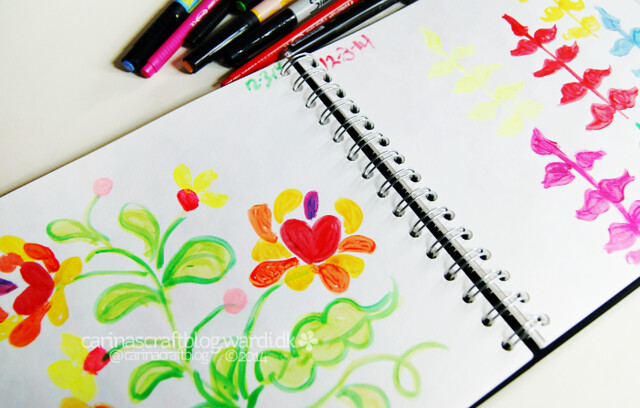 I have to admit that I am kinda annoyed with myself. You know how I have this project for this year where I am drawing a pattern (or something) every day? Hmm, well, yes. Not so much with the daily at the moment. In fact, I haven’t done a single one since some time in March.

Because, you see, I decided that March was going to be a month of doing the patterns using acrylics. But that requires a bit more prep than just pulling out some markers. And I didn’t seem to have the time in March, to sit down with the paints and such. So I fell behind.

And then I didn’t get roud to catching up in April either. Because I was supposed to do those March pages in acrylics, dammit! And now it’s almost the middle of May and when am I going to catch up on two months worth of pages? 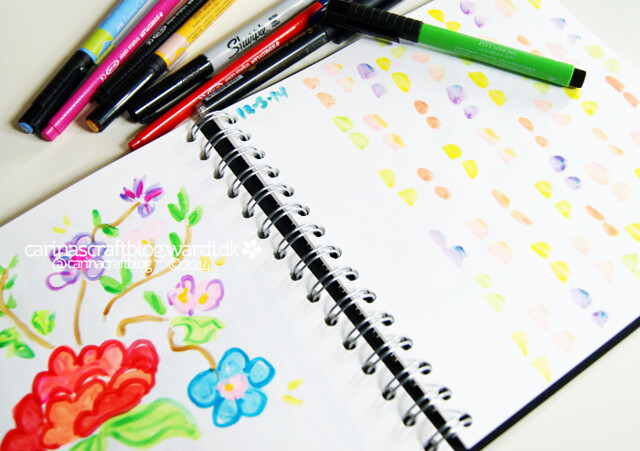 I guess this is lesson I am not done learning!

I’m just not going to worry about ‘catching up’ on those acrylics pages from March. Instead I am going to just get going again with whatever medium I fancy/that’s to hand. Because I am determined to do 365 patterns/pages/whatever this year. For this project, the sum of the individual elements is more important. The commitment to the project is what matters.

I’ll probably feel inspired to get out the acrylics again at some other point, and that will be great.

I guess the good thing about being behind is that now I have like 60 pages to fill. With whatever I want, in whatever way I want. It’s time to ditch my own rules and just play. Dagnammit!