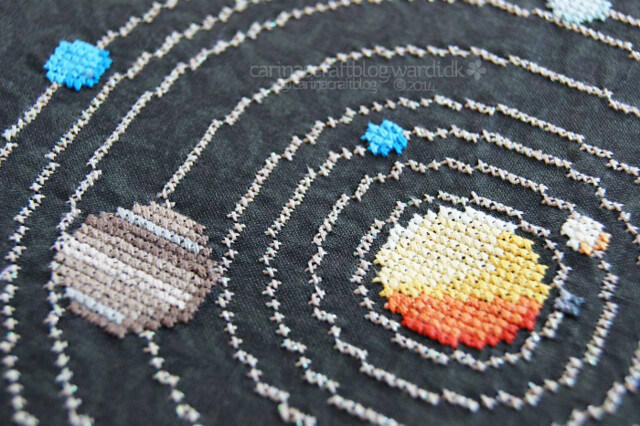 I am really behind on blogging about what I received in the &titches swap (this is what I sent). I can tell you I got something really amazing: the whole Solar System! Yes! 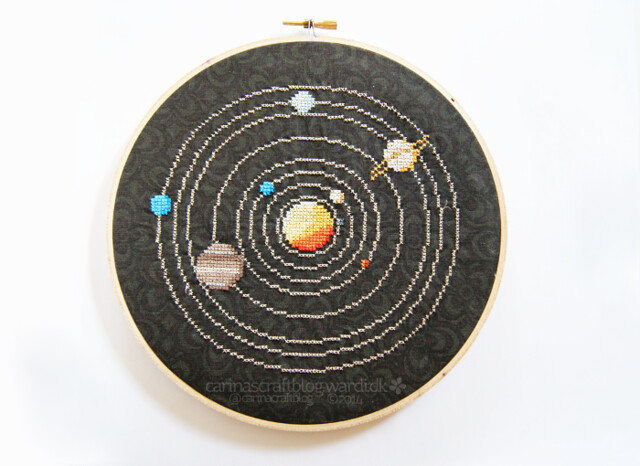 Look! Rebecca had picked up on me being a wee bit of a space buff and so she did a cross stitch version of the Solar System. Isn’t it great?! My only complaint is: where is Pluto!?!? Poor Pluto. To me it’s still a planet and I don’t care what the International Astronomical Union says. ;-)

The hoop sits on a shelf in my studio where I can see it from the kitchen and looking at an embroidered version of the Solar System isn’t a bad thing when you’re doing the dishes! 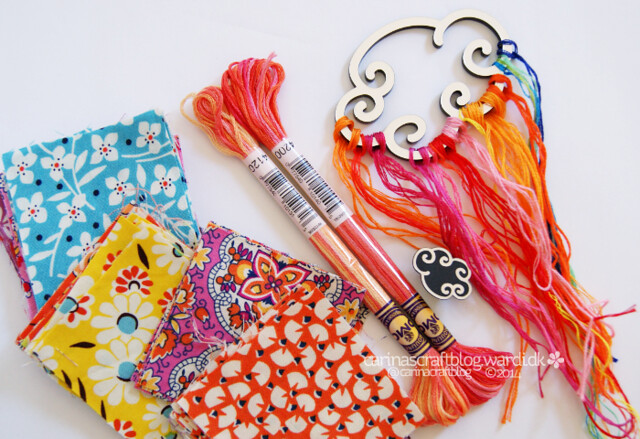 As if the awesome embroidery wasn’t enough, Rebecca also sent me some other goodies. Denyse Schmidt fabric for my ongoing hexagon project!! And floss in pretty colours. Plus a cloud shaped thread organiser and a needle minder. I barely knew what a needle minder was before I received this one, but what a great idea it is! I have *almost* stopped putting my needles down in random places.

Thank you, Rebecca, I love it all!