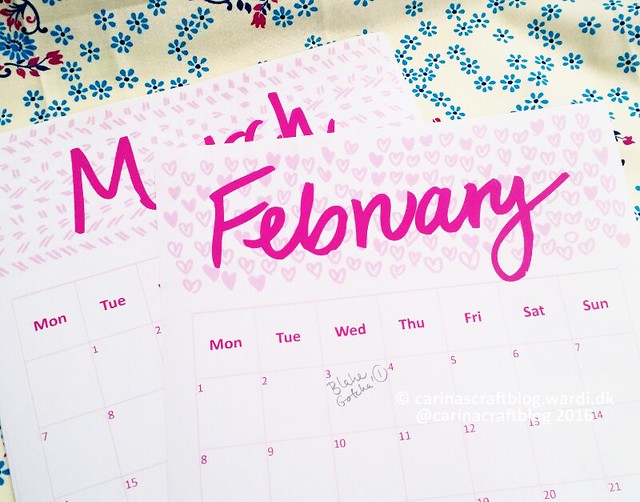 When I was working on the book last year, I found it reaaally helpful to have a calendar on the wall where I could put an ‘X’ through each day to see how I was progressing towards the (looming) deadline. One thing is to know you have 60 days, or whatever, left until your deadline, another is to be able to see it. That visual helped me stay (mostly) on track and get the work done every day.

The calendar I used last year was just one I quickly made and printed out. But since I liked it so much, I decided to make a pretty one for this year. I drew some patterns for the headers and the month names are my handwriting. Not the prettiest handwriting ever, but I like the slight wonkiness of it. Character, right? ;-)

Of course, because of that head cold I had at the beginning of the year, I took me a bit longer than I planned to finish it. January is almost out, for Pete’s sake! But never mind, the calendar is done and on my wall. Or part of it, anyway. I put up three months at a time. Just one month isn’t enough. On the other hand, six or twelve months is too much. Three months is a nice perspective on time.

So now, since I’d made the calendar anyway, I thought maybe you could use one as well, so you can download it right here. It is made for A4 page. If you want it smaller, you can always set it to print two on a page. :-)

And since January is almost a distant memory, I included a page for January 2017 as well. 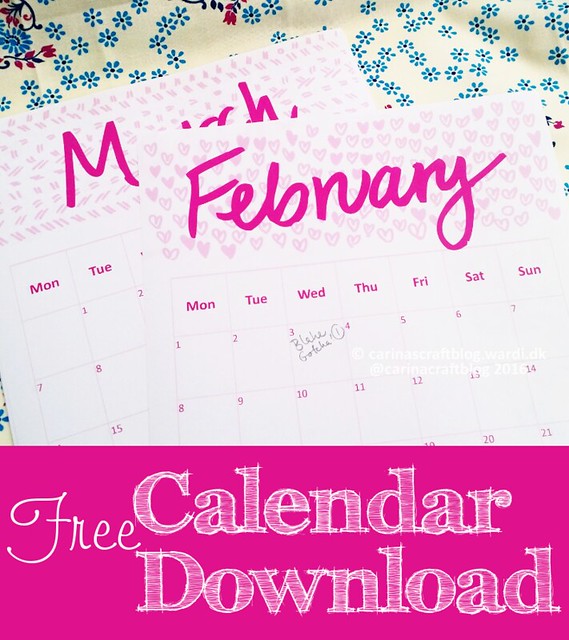