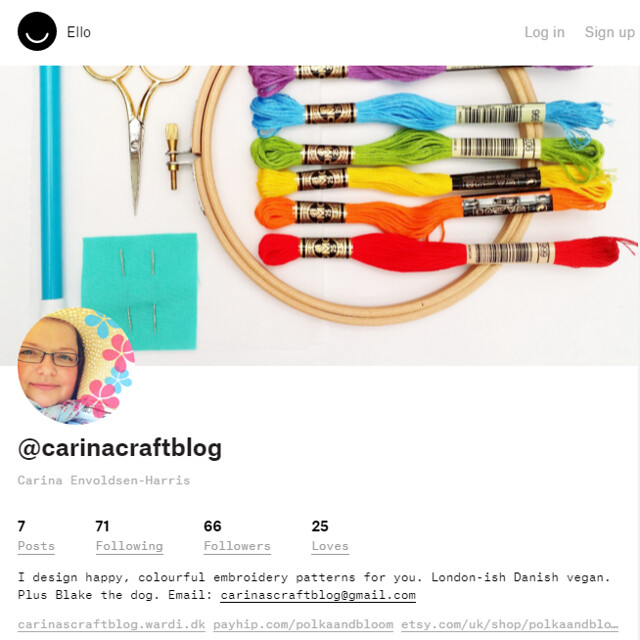 If you use Instagram, you may have heard that they have announced that some changes are coming that will affect how your feed is displayed.

The order of photos and videos in your feed will be based on the likelihood you’ll be interested in the content, your relationship with the person posting and the timeliness of the post. As we begin, we’re focusing on optimizing the order — all the posts will still be there, just in a different order. {IG blog}

So that means that you won’t see things chronologically anymore, instead it will be based on what Instagram thinks you’ll be most interested in seeing.

Some people don’t mind and some people really, really don’t like this change. It may make it more difficult for small business (small as in not as many followers/likes/comments) on IG to get seen and that will definitely mean that the change will be a challenge to some people who use IG to drive traffic to their business.

But actually that’s not the reason I want to talk about the change. As a user, a consumer if you will, of Instagram I want to see stuff from people I follow in chronological order. How else will I know that I’ve “caught up”? I follow both big brands with thousands, even millions, of followers and personal friends who have maybe a couple of hundred followers, maybe even less. How is IG going to handle that? Will my friends be completely invisible because they are not ‘popular’?

I’m not going to stop using IG, but maybe the way I use it will change. Maybe the changes from IG aren’t as bad as some people fear. Who knows.

Over the past week or so, a whole bunch of quilty/crafty people have set up accounts on Ello. I’ve had an account (@carinacraftblog) there for ages, but never really used it. Now that a bunch of the people I follow on IG are over there, I’ve started using it again. Not as a replacement for IG, but as a way to keep up with people in the order they post their content.

Ello is a little bit of a learning curve, and sadly they don’t have an Android app yet, but I’m liking it so far. And as opposed to IG, you can put links in your posts. AND you are not limited to just posting a photo. You can have multiple photos and/or other types of content too, like video.

I made a post there the other day to try the multiple photos thing and I really like it. It got me thinking that Ello would be a great option for someone who kinda wants a blog, but isn’t sure if they can commit to one or feel a bit intimidated by the idea. With Ello you could mix it up. Post a single photo most of the time, but when you feel like it add longer text and more photos.

Are you on Ello? What do you think of it? Find me as @carinacraftblog and come and say ‘ello. :-)