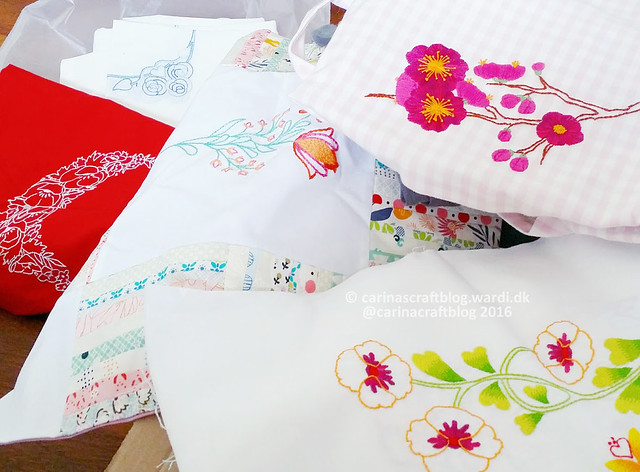 Last month I received the advance copy of Romantic Motifs, my new book, and a couple of weeks ago, a box arrived with all the projects and stitched pages I made for it. Happy to be re-united with it all. I handed them over to the publisher at the end of November so it’s been a while since I’ve seen them!

I actually wasn’t expecting to have them back so soon, I thought maybe they wanted to use the projects at shows. But my editor told me they have stopped doing that because people walk off with stuff! Can you believe that?

According to Amazon (UK) the book will be released on August 8, so you can pre-order it and it may just arrive a wee bit sooner than that. On Amazon.com it’s not released until October for some reason.

You can pre-order a signed copy from me until July 24th. Or, since shipping stuff when you’re not Amazon et al. is so expensive, you can order a signed bookplate from me. Pretty handwriting not guaranteed. ;-)