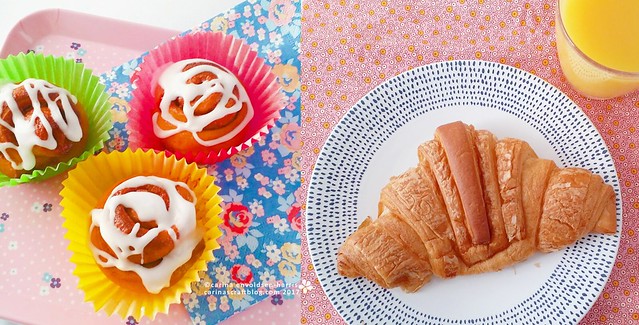 Today is World Vegan Day. I’m not telling you this to make you go vegan. I don’t want to be “one of those people”. But I am more than happy to encourage anyone who wants to try being vegan. Incidentally, November is also World Vegan Month, so why not try it for a month? :-)

Cooking vegan for yourself is easy, going out to eat is a bit more…awkward. But it is getting easier all the time. Many restaurants are adding actual vegan options, not just “if you leave out the feta cheese, here’s a salad that you people can have as a main meal”.

Vegan food is delicious. And healthy. But it can also be deliciously not healthy at all. There are lots of vegan ice cream options and chocolate and marshmallows and cakes and crisps and pizzas and and and. Vegan food isn’t just boring salad and chickpeas.

I became a vegetarian around the end of 2011. For convenience sake, to be honest. I was eating less and less meat and only certain types. I didn’t really enjoy it and hadn’t for many years, in hindsight. So why didn’t I become vegetarian a lot sooner? It’s difficult to see another way when you’ve never really been exposed to an alternative. I became a vegetarian because it was easier to not eat meat than ask others to have alternative meat for me, if say, they were having lamb or whatever.

But in reading blogs and books I quickly became interested in veganism. I don’t know if I ‘declared’ “I am vegan now” at any point. It was just a gradual, but fairly quick, shift. I realised that I could not justify not eating animals and still consume their milk or eggs when I understood the way animals are used and abused. I just couldn’t be a part of that anymore. So I was vegetarian for selfish reasons, but I am vegan for the animals.

I cannot eat a cow burger knowing that a cow is an intelligent, sentient being who would live for 25 years if it weren’t seen merely as a product. I cannot eat eggs knowing that male chicks are ground up alive because they are of no use to the egg industry. I cannot drink milk knowing that it is intended for a calf. A calf who is stolen from its mother within hours, a day if they are lucky, so the milk can be taken for human consumption. Those are just a few examples of how humans treat fellow animals. And it breaks my heart.

That is why I am vegan. It is not a fad or a diet or whatever. It is a commitment to do the least amount of harm to other animals that I possibly can. The fact that it is better for your health and for the planet is just a happy bonus. :-)

A little while ago, I read a list of “xx things I wish I’d known when I first became vegan” or a title to that effect. I can’t remember what else was on the list but this stuck in my mind: ‘despite your best efforts, you will eat something that isn’t vegan.’

Whether because someone made food for you and didn’t realise that an ingredient isn’t vegan, or you didn’t check the label on something or whatever. This will happen. But that doesn’t make you a bad person. It sucks when it happens and I will feel really awful when it happens. But then I have to remind myself that it doesn’t make me a bad person. And the crappy feeling is a reminder to do better in future.

I am not trying to convert anyone to veganism or make anyone feel bad for eating animals. We make our own choices when it comes to ethics.

But I would offer this suggestion: try it for a month and see how it makes your body feel. I can tell you, after being vegan for a while, I stopped getting really bad headaches I used to get. In general I just felt…lighter. I don’t know how else to describe it. :-)

Maybe you’re reading this and thinking “oh I’d try going vegan for a month, but I can’t possibly live without cheese!”

Trust me, you can. Anything we eat is a result of culture, habit and choice. We are not born with a biological need for cheese. ;-) And these days, there are a lot of vegan cheese options. For sandwiches, for eating with crackers, topping your pizza. Any food you think you can’t live without, you can.

Think of it this way: if you move to another country, it is unlikely that you would find exactly the same foods that you have grown up with. Even if the countries are fairly close to each other. I can tell you this from my own experience, moving to the UK. There were, and are, a lot of things I had taken for granted in Denmark that are not available here in the UK. Or maybe they are available but you have to order them from special shops and they cost a relative fortune.

So you make do. You explore new things. Experiment. Find new favourites. Maybe the new things are better than the old things, you just didn’t know that until you tried them.

I have found this same thing to be true in my vegan life. I have become a lot more adventurous in my cooking since I became vegan. Our cupboards are overflowing with things I barely even knew what was before. Tofu, polenta, gram flour etc etc. So if you do try veganism for a period, don’t think of it as ‘missing out’, but as a whole new world of ingredients opening up.

Plus you save lives while doing so. ;-)

If you need inspiration or have questions, I’m more than happy to help.