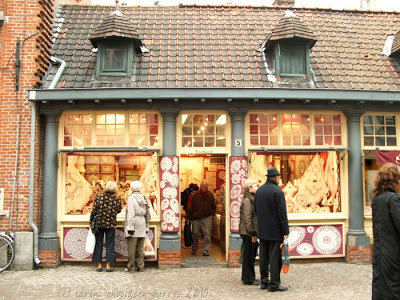 There was lace, lots and lots of lace shops. I absolutely admire the work, my grandma used to make lace and several times I thought she would have loved to see all this stuff. And some of it was quite affordable, too! Which I think is a bit strange because a lot of time goes into making lace. So maybe not all of it is made by Belgian ladies…?

We didn’t buy any lace. Although it’s all very pretty it is also very traditional and not really our style, so we’d never use it. 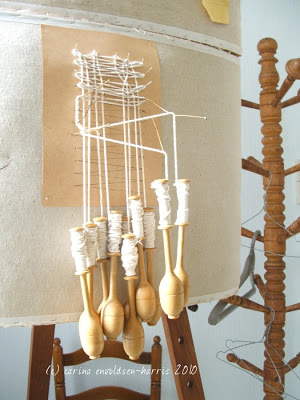 There’s a lace museum in Brugge, but it’s kinda outdated and sad. It really could do with some funkier displays and some more information. But the lace they had on display were really impressive. There were even a couple of old ladies demonstrating lace making, but they were too busy chatting to each other so it wasn’t much of a demonstration, sadly. I would’ve liked to have a go!

In the room behind where the two ladies were sitting, someone had made up this huge example of lace making. That was pretty cool! 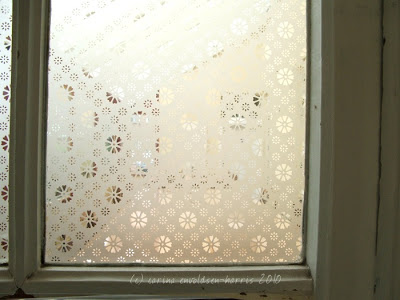 And look a pretty glass pane. Not sure if it was meant to look like lace; it was in the lace museum! 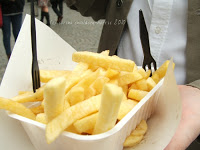 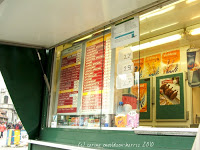 And then there were fries. They were nice, but to be honest, nothing earth-shattering. Certainly not as nice as everyone had told us.

Sadly, that is kind of a theme for our visit to Brugge: not as nice as everyone had said. Well, it was nice, but also kinda ‘meh’. Maybe it was the weather, kinda grey all the time we were there. Or because there wasn’t really anything going on. Dunno.

We both felt that two days was probably enough. For us anyway. We managed to do a canal boat ride, see the lace museum, the chocolate museum, a church and the fries museum. No, that last one is not a joke and it was actually pretty good. I think kids would like it. 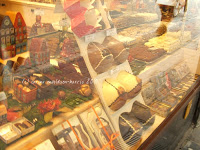 Chocolate, chocolate, everywhere chocolate! We bought chocolate from a few places, but none of it was Amazing. Despite what everyone had told us. Maybe people had talked it up too much so we had too high expectations..?

Despite my somewhat lackluster ‘review’ of Brugge, I would actually recommend visiting! It is a pretty town and everything is within walking distance so you can manage quite a lot in a day. I think a daytrip to Brugge is enough… I wouldn’t stay there for a whole week.

And I most definitely would not order the pizza margherita at the De Carre restaurant in the Markt/main square. I am not kidding when I say that it was more cheese than pizza! I had to scrape off what seemed like half a pound of cheese so I could actually eat the pizza (which actually tasted pretty nice) and put it in the bowl Tony’s fries had come in. And the cheese just sat there and coagulated while the olive oil oozed out of it… Imagine eating that.. having it sit in your stomach.. Eww. 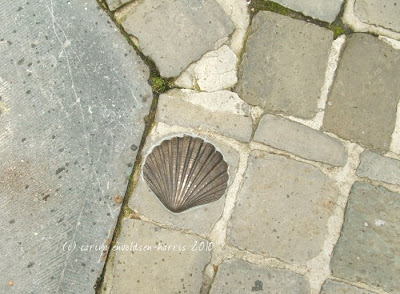 This is one of my favourite photos from our trip. It was besides on of the (many, many) bridges. A marker of a pilgrim route to one of the churches I suspect..