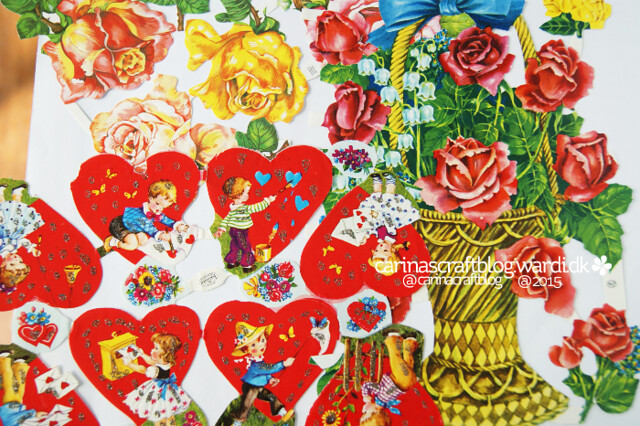 When I was little I used to collect these scraps. I think that’s what they’re called in English? In Danish they are called ‘glansbilleder’ which means something like shiny pictures – I guess because they are kinda shiny.

On a visit to Denmark last year, I was going through some of my things still in my parents’ loft, among other things photos and other…ephemera from my childhood. The album where I had collected these scraps was in there too. I had kinda forgot about them, it was a long time ago after all. But once I saw the album and opened it to the first page, it was like…seeing old friends.

I think the scraps were probably my first encounter with art/design. I remember vividly being fascinated by the colours and the patterns. My favourites were of course the flower ones. And the glitter ones. Oh the glitter. You’d touch one of those sheets with glitter on and it would get everywhere. :-) 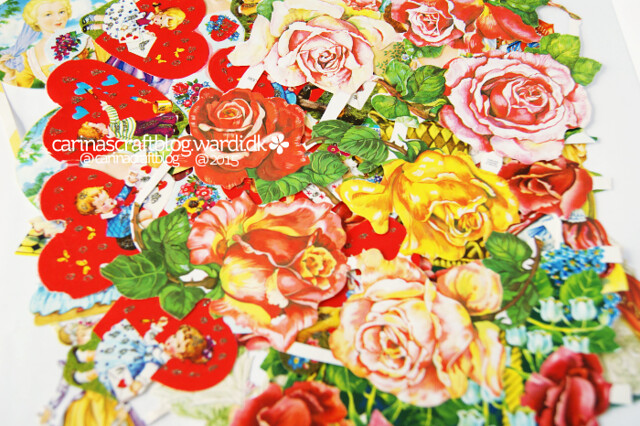 It was lovely being reunited with these images from my childhood. I remember copying some of them, to see if I could draw them -or atleast something similar.

Unfortunately, I couldn’t save all of the scraps sheets, they were too stuck in the album. But I managed to get some of my favourites. I don’t know what I am going to use them for so for now I will just look at them from time to time…

When I was uploading the photos to Flickr I realised that I have a set with photos I took of all the scraps in that album. I’m glad I atleast have photos of them.

Did you collect scraps too? Is/was that a thing all over the world? :-) 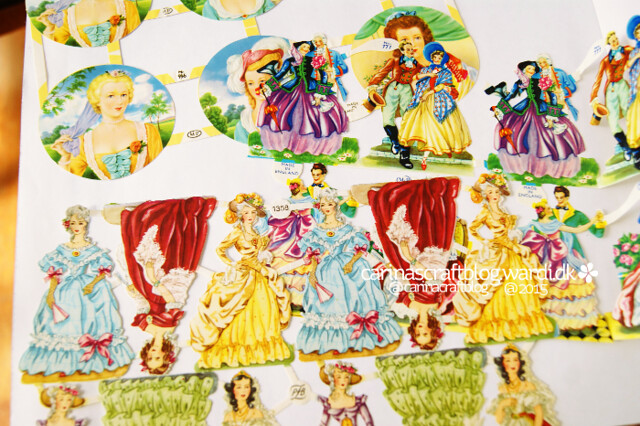