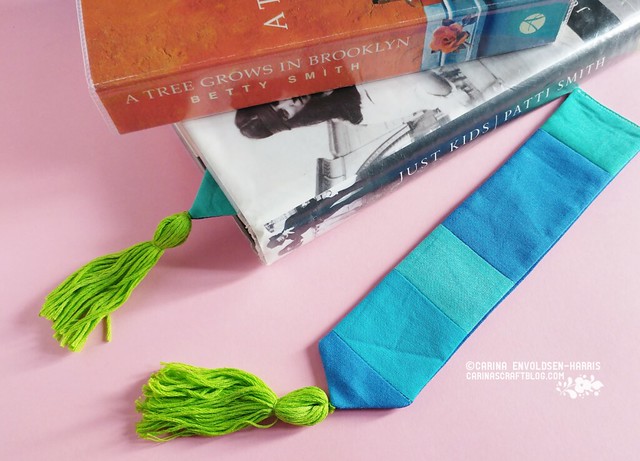 For a few years now, I’ve felt like I rarely did any reading. Which made me a little sad because I used to read a lot. I was the girl who would visit the local library every week, browse through the shelves and bring a stack of books home. Usually, I’d read them all by the time I went back the following week. And it wasn’t unusual for the librarians to find me sitting on the floor looking through books in a pile around me (I’d always put the books back on the shelves!)

But in recent years, there hasn’t been a lot of reading. Or maybe there has, I just didn’t notice. A few months ago, I put together a list of the books I’ve read this year and, happily, there are a lot more than I expected!

These are the books I read in 2017. In no particular order with some thoughts about each one. No spoilers, I promise.

And I’ve started this year book-strong, I’ve read several books this month already and I have so many books on the go right now, I had to make myself some bookmarks. With cheerful tassels!

What did you read in 2017? Anything you want to recommend in the comments? :-)

A Natural History of Dragons (Marie Brennan)
From the description, it sounded like I would like this book. But there was something about the language or…I don’t know. Something about it annoyed me. So in the end I gave up on it.

Rivers of London (Ben Aaronovitch)
I bought this as a Kindle book on a whim because it was 99p. And I’m very glad I did! Although I am not that into supernatural things, I couldn’t put this book down! I think the setting in London is what really hooked me.

The Wild Places (Robert Macfarlane)
I loved this book, although it was kind of a slow read. Maybe because I was savouring it.

Sleepers castle (Barbara Erskine)
Another book I read, or rather listened to, on a whim when I was trying out an audio book app (BookBeat). I really enjoyed it.

Eleanor Oliphant Is Completely Fine (Gail Honeyman)
Another audio book, narrated in a wonderful Scottish accent. The story was engaging and surprising and contrary to the previous one, I cared very much about the characters.

The Words in My Hand (Guinevere Glasfurd)
The idea was interesting but I actually found the book a little dull. And the whole story was a little sad, actually. Maybe that was on purpose, I don’t know.

Spectacles (Sue Perkins)
A very quick read. Entertaining enough but not really anything that stands out. I really like Sue Perkins and I think I had hoped it would be more… I don’t know what.

Scandi Kitchen: The Essence of Hygge (Bronte Aurell)
I actually browsed through a few other hygge books, but I didn’t actually read them properly. But of all the hygge books I came into contact with, this is by far the best. I read the whole thing and I should be able to vegan-ify a lot of the recipes which is a bonus. If you want to read a book about hygge, this is the one. :-)

An Excuse to Draw (Tommy Kane)
This is not a novel, but a collection of drawings. There is (hand) writing on many of the pages, so you can read the book, but I got it for the drawings. If you do want to read the text, do so in good light and perhaps with a magnifying glass to hand as some of it is teeny tiny. The drawings are very inspiring!

All The Birds in The Sky (Charlie Jane Anders)
Ok, confession, this is a Kindle purchase which I have no recollection of reading. So maybe it shouldn’t be on the 2017 list… I’ll read it once I finish the books I’m currently reading. ;-)

The Sewing Machine (Natalie Fergie)
I kept seeing this on blogs and Amazon kept recommending it to me, but I thought it sounded a little simplistic so I resisted it for a while. However, I’m glad I finally gave in and read it because I think it may actually be the book of the year for me. I read it in July or August and I still catch myself thinking about it now.

How to Eat Better (James Wong)
Interesting book about the nutrients of various foods. I bought the Kindle version for 99p. I’m not entirely sure I would have bought a printed book of it.

My Heart Wanders (Pia Jane Bijkerk)
I bought this mainly for the pictures, but the writing is inspiring too.

The Private Lives of The Tudors (Tracy Borman)
This was both interesting and a little dull. It felt like there was a lot of “Henry VIII spent Large Amount on Whatever”. Which is interesting to some degree, but did feel a bit repetitive.

Steal Like An Artist (Austin Kleon)
I really liked this book and I am going to read it again (and again). :-)

Hidden Figures (Margot Lee Shetterly)
I really liked this book, It was a fascinating look at a very different time and the women who did so much important work but got very little credit for it. I haven’t seen the film that was based on the book. I’m not sure I want to… Have you seen the film?

The Lost Tudor Princess (Alison Weir)
I was interested to read this book about Margaret Douglas, the niece of Henry VIII. It was interesting but I had trouble keeping track of all the various royals and nobles and their plotting and scheming. I gave up on the book in the end.

Kick, The True Story of Kathleen Kennedy (Paula Byrne)
The story of one of the Kennedy sisters. It was interesting to see the Kennedys from a different perspective.

The Ashes of London (Andrew Taylor)
I really liked this book and was hoping it was one in a series, but it doesn’t look like it is. I might read some of Taylor’s other books at some point.

An Astronaut’s Guide to Life on Earth (Chris Hadfield)
Another astronaut! Having read two astronaut bios, it was really interesting to compare their very different journeys towards the same goal.

Porcelain (Moby)
I really liked this book. I didn’t know a whole lot about Moby apart from knowing that he was a vegan and enjoying his music for years. He is very self deprecating and has a great way with words. It was also an interesting dive into New York of the 1980s and -90s.

Landmarks (Robert Macfarlane)
I was looking forward to reading this, after enjoying The Wild Places so much. But, although this book is interesting, it just didn’t grab me in the same way.