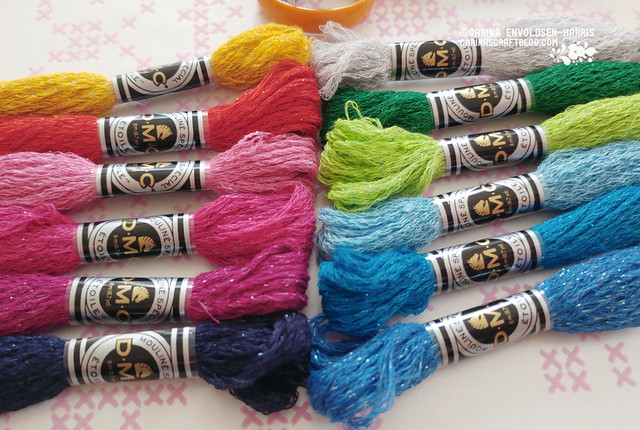 DMC recently came out with a new range of glittery threads called DMC Mouline Etoile stranded cotton. I was really excited to try them because nice glittery threads are difficult to find. I’m a big fan of DMC (I may have mentioned that before!) and it’s always exciting when they bring out something new.

So I ordered a bunch of the colours as soon as I could. I ordered 12 of the 305 colours, in colours that I’m most likely to use. The colours are supposed to be the same as the regular stranded thread, only with added glitter. 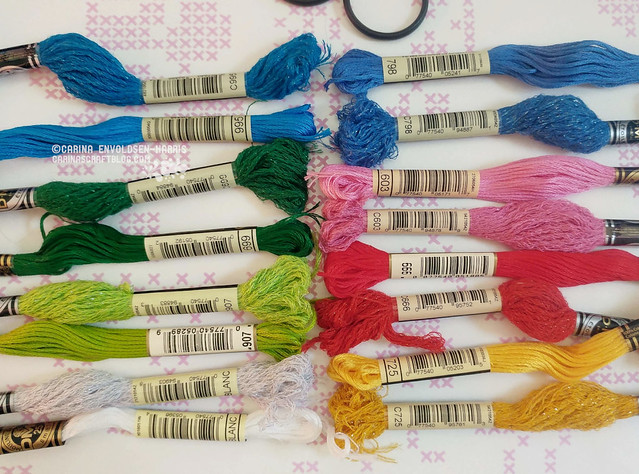 Here’s a comparison of some of the Etoile threads with their regular counterparts. As I think you can tell, most of them are not exactly like the colour of the regular thread. The added glitter makes the colour a bit darker.

In the case of the white thread, it has become a light grey instead. The red C666 looks more orange red than red. It’s a bit difficult to tell in this picture, but if you look again at the top photo you can see it quite clearly looks more orange. 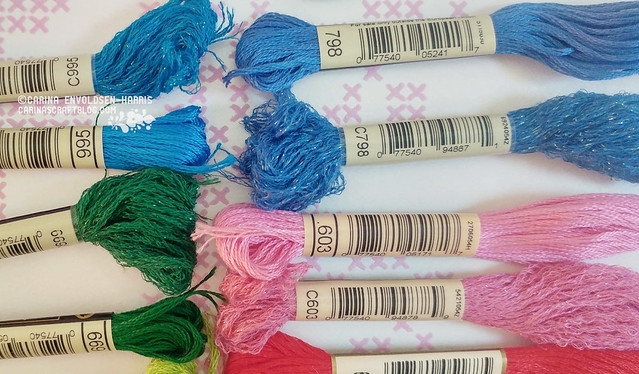 I was a bit concerned how it would stitch. Because the Etoile strands are less tightly spun, it’s very easy to divide, but it also means that the ends fray more so it can be a bit difficult to thread the needle. You may even have to use a needle threader. 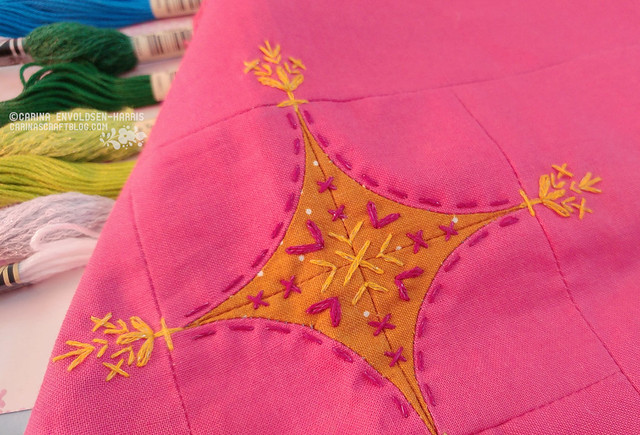 The stitching here is done entirely with Etoile thread. The first thing you may notice is that it doesn’t seem very glittery. And you’d be right. It’s kinda disappointing how little glitter effect you get.

I found that I had to pull the stitches tighter to make them look neat. Even then they don’t look as smooth as the regular thread. 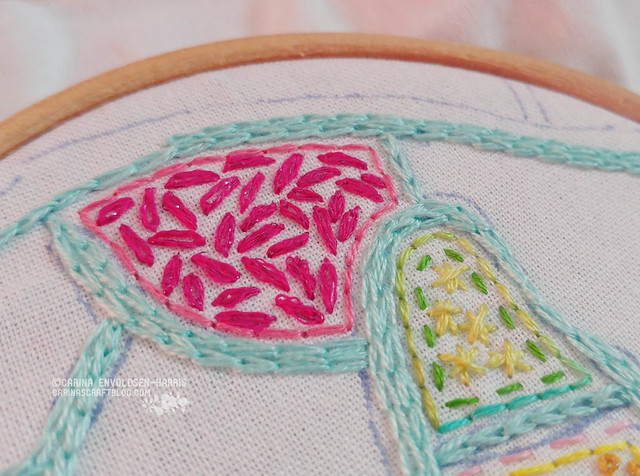 Here you get a bit more of the glitter effect, but it is still very subtle. And I think you can see how the strands of Etoile in those detached chain stitches are kinda fluffy. Unlike the strands in the chain stitch which was worked in regular stranded cotton.

I am wondering if the glitter effect of the Etoile threads would be more pronounced with a fill stitch, satin stitch for example, or maybe an area filled with cross stitch. I think I will try and experiment a bit more with it.

However, if I were to use the Etoile threads for a large project, I’d definitely use some kind of conditioner for the thread to help with thread the needle and to make the stitches look smoother.

I don’t know if I was expecting too much of this thread, but I must admit that I’m a little bit disappointed. It’s not quite as sparkly as I thought it would be, and the stitching isn’t as smooth as I’d hoped. Glitter thread is difficult to get right, and I was really hoping that DMC had finally cracked it. Not quite, sadly.

A few years ago, I did a comparison of a few glittery threads. If I were to add the Etoile to that comparison, I think it’d be my number two choice.

Have you tried these new threads? What do you think?