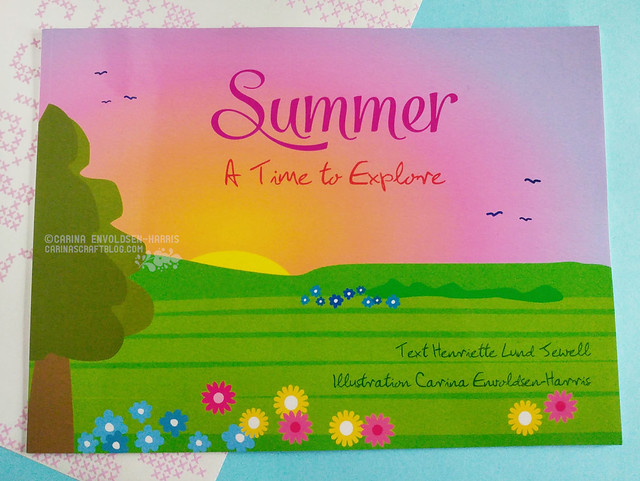 Last year, my sister was doing a course and at the end of the semester, she had to write a short story for kids and also do some kind of illustration for it.

It just happened that I called her one day while she was working on this assignment and she asked me if I would help her with some ideas for the illustrations. Of course I would!

Well, as you can probably guess, one thing led to another and within a couple of days I’d made illustrations for all the ‘poems’ in the story. It’s what a good sister does, right? And it was fun to do something completely different.

I sent my sister the five illustrations for her course and that was it. 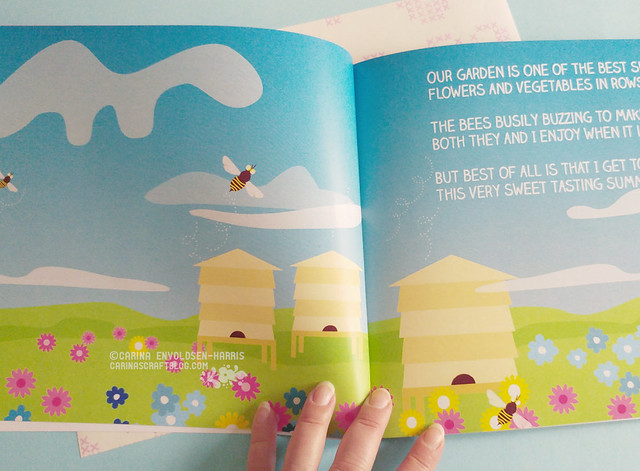 But then I had an idea! Last year my parents were going to California to spend Christmas with my sister and her family. And I thought “ooh, wouldn’t it be cool to have the illustrations printed as a book for my sister and my parents can pick it up?”

Of course, the story only had five illustrations, so I had to change them to each fit across a spread and make a front and back cover as well. It was a fun challenge! 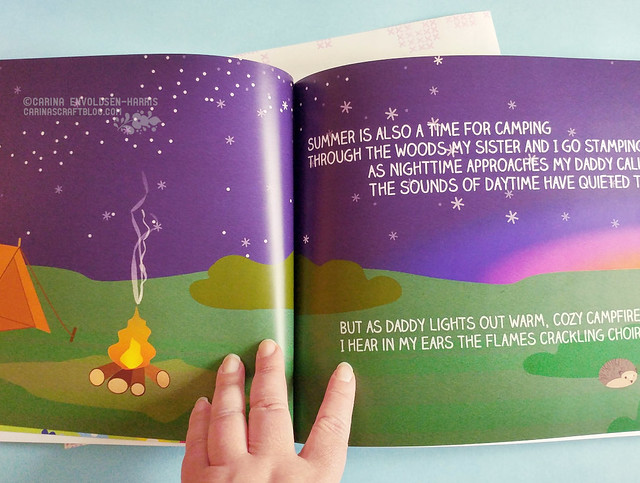 This is the first illustration I made. When I read the poem, I could just see the tent and the fire and the stars very clearly in my imagination. 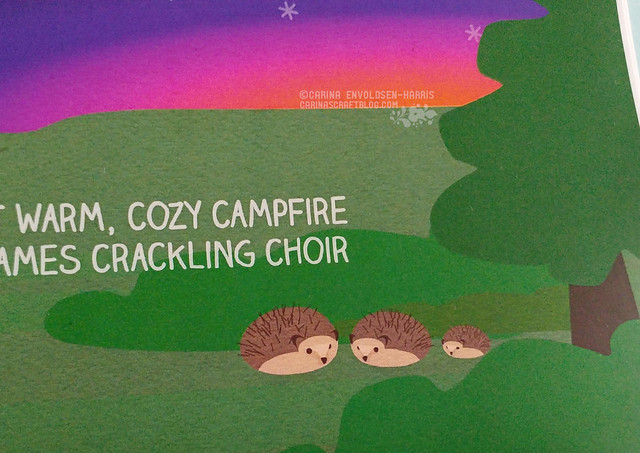 I love these little hedgehogs. :-D 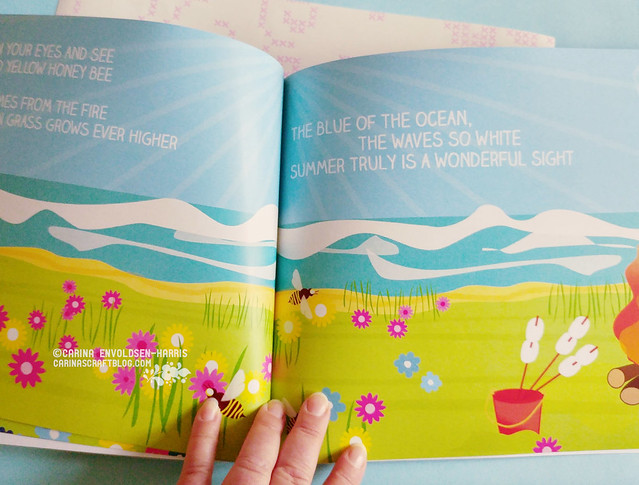