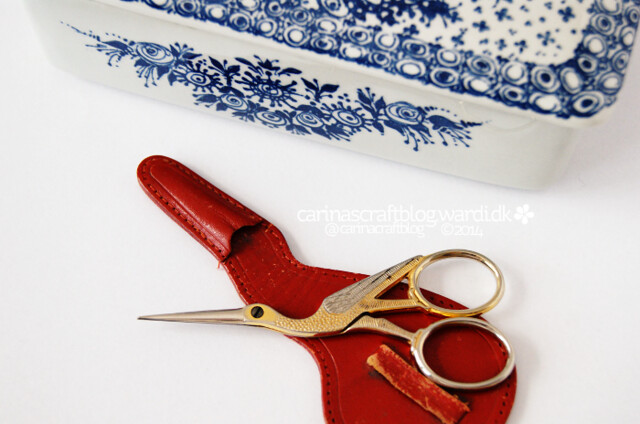 A couple of things I brought home from Denmark. My farmor’s (paternal grandmother) scissors and a butter dish from my parents. 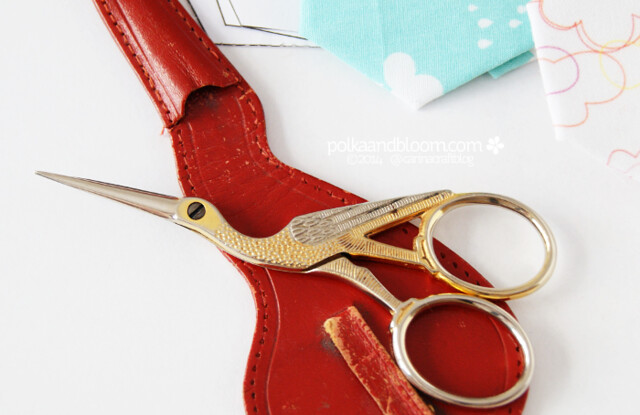 Those scissors. I have very vivid memories of watching farmor using them. And I was not allowed to use them unsupervised because they were very sharp. :-)

I don’t think I have any jewellery that belonged to farmor, but in a way having these scissors means more. She probably used them almost every day for godknows how many years. They are a connection to her. Literally, her hands used to hold these. She made things using these scissors.

I only started embroidering, and crafting in general, several years after she passed away, but I wish I had started sooner. I don’t think there was a craft she couldn’t do and I feel I’ve missed out on learning all these things from her.

So I am very glad that I have her scissors. Once I have them sharpened and tightened I will use them too. 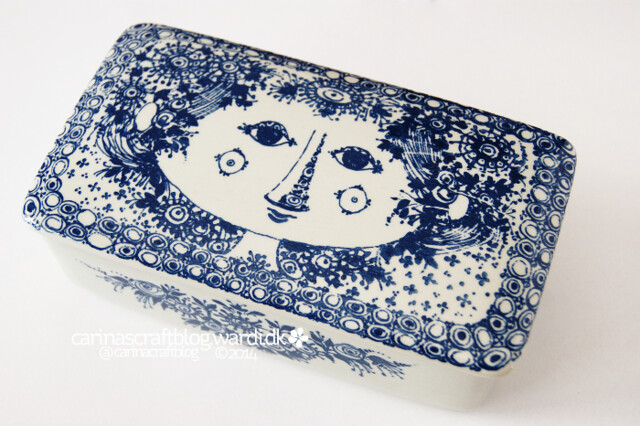 It has been many years since this butter dish was actually used, but I think I do remember it on the table with butter in.

I won’t be using it for butter either, but I will find some good use for it. Of course, any box can be used to hold things, but I was really happy that this would come to live with me. It is decorated with a design by Bjørn Wiinblad, a Danish artist and designer.

I grew up seeing his designs in many places and I think I have been influenced a little bit by his work. The description of his work in that Wikipedia article feels very close to my inspirations: “They are often surrounded by natural elements: twining vines, floral wreaths, and fantastical trees. When Wiinblad employed color, he did so with great assurance. His colors are saturated and strong…“ 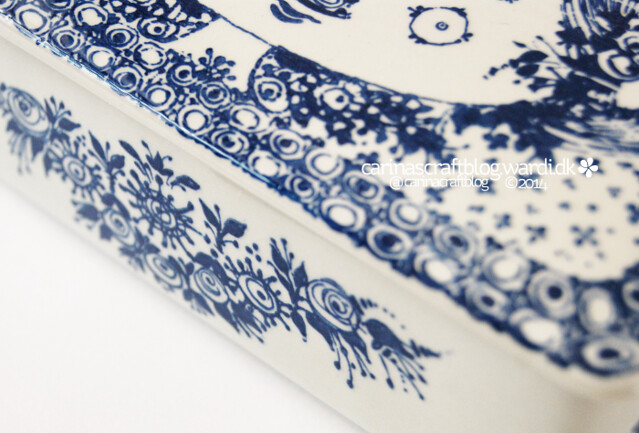 For a while I have been thinking about which Danish artists/designers that have influenced or inspired me. Asking myself if there actually were any. Most of the names I could think of have felt too clean. Too designy. But this feels like me. The twining vies, the ink splotches, kind of messy and artsy. That’s how I feel about creating…