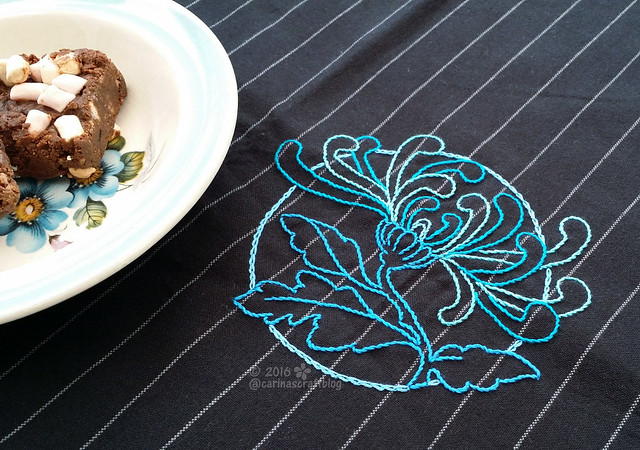 Now that Romantic Motifs has been out for a little while, it’s about time I share some pictures of the projects in the book!

There are no project instructions in the book, it’s not that kind of book. The focus is on the patterns and hopefully giving some ideas for using stitches. So the projects are alternate versions of the motifs, mainly stitched on shop bought items, giving you ideas for items you can customize.

With the title Romantic Motifs, I was worried that it might all be a bit too sweet, so I wanted to include some ideas that were a bit more.. funky. Like this tea towel from IKEA.

I really like how it turned out, the contrast between the black and white tea towel with the bright turquoise embroidery. I wasn’t completely sure that it would be a nice contrast, but I think it does work very well. :-)