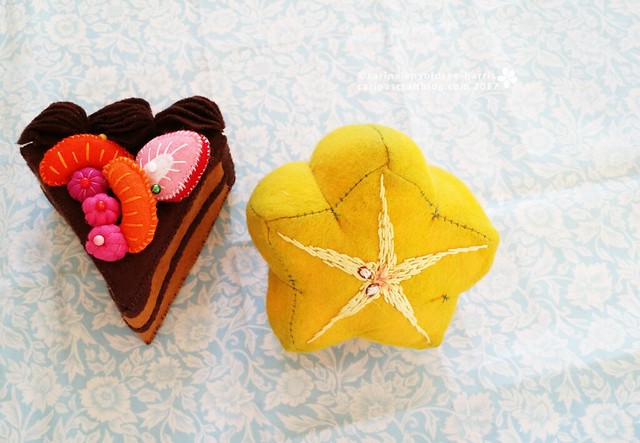 When we were getting our old flat ready to sell (almost five years ago!) a bunch of stuff was packed away in my inlaws’ loft. When we moved into our house, that stuff just went straight into our loft. A few weeks ago, I got it down from the loft and I found a few bits and pieces I had occasionally thought about over the past years. “I wonder there such and such is..?”

Well, it was in the loft! Since most of the things I discovered, in the bags from the loft, were things I hadn’t thought about, I think it is safe to get rid of them. Some can go without much fuss, but some of them I thought deserved to be remembered in some form.

Up the top there is a star fruit pincushion I made ages and ages ago. I remember using green food dye to colour it. Probably not the best thing to use. ;-)

And a slice of felt cake from a book I reviewed. It was fun to make, but not really my thing. 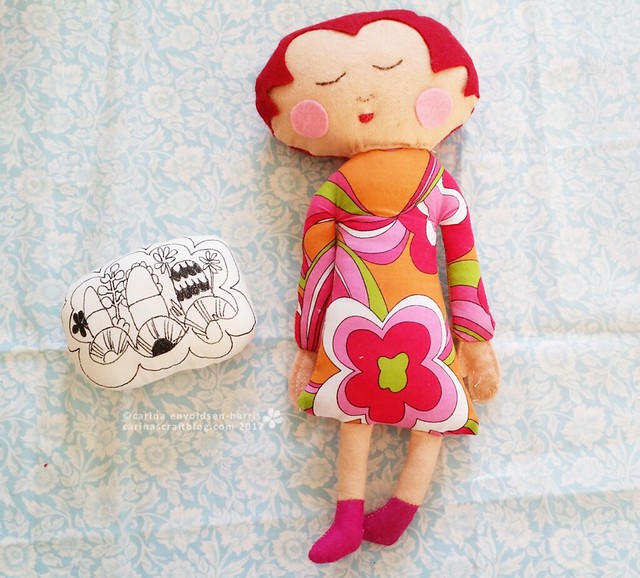 Another pincushion, with hand drawn decoration. And a softie. The story of the inspiration for her may make you laugh. We were visiting my parents and had dinner one night. Something with boiled potatoes. The sauce pan of potatoes was on the table and a smudge of potato on the inside of it caught my eye. It looked just like a face! Which I sketched and then it became the face of this wee gal! :-D 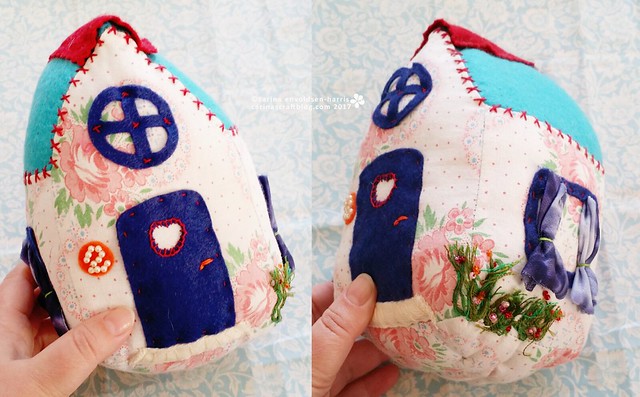 A little house I made, I think it was inspired by a piece in Cloth, Paper, Scissors magazine. I kinda feel like making another house now. I think my skillz have improved so I could do a better job. 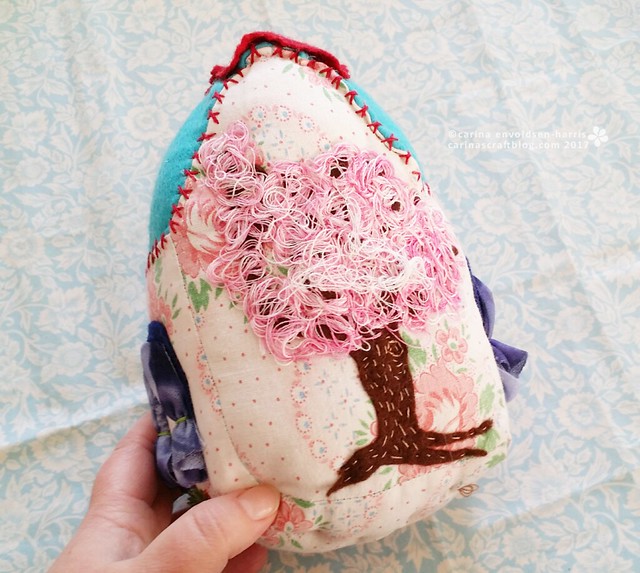 I remember being quite chuffed with the effect of this tree. It’s just coils of thread, stitched down with couching stitches. But it’s a nice effect, I think. :-)