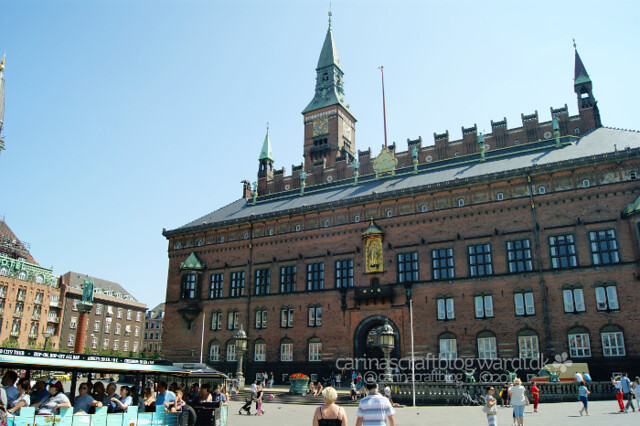 I promised I’d share some photos from Copenhagen, and here is a small batch. I actually didn’t take loads of pictures in Copenhagen, because it was so so hot and I was more focused on staying in the shade so I wouldn’t melt completely! ;-)

Tony and I wandered down Strøget to Kongens Nytorv where we met my friend Sara. She lives in Copenhagen now so it is very rare that we see each other – Copenhagen is several hours’ drive from where my parents live.

If you want to see exactly where these places are, click on this here link. :-) 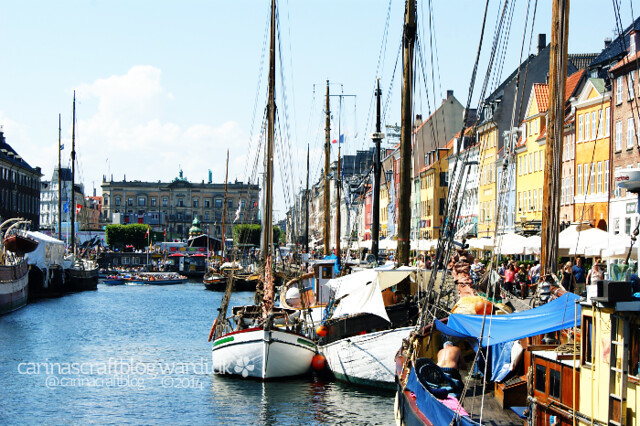 Then we walked to Nyhavn, a picturesque street by a canal. I’ve been to Copenhagen many times before but somehow I’ve never seen this particular part of it. It is very pretty. Lots of crooked colourful old houses.

We found a place in the shade and just chatted for a while. Catching up and talking about…stuff. So nice. 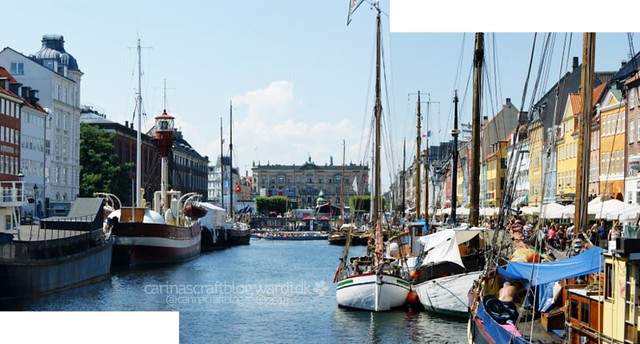 By chance I took two pictures that fitted together almost seamlessly to make this panorama shot of Nyhavn. The houses on the other side of the canal are a lot less colourful. 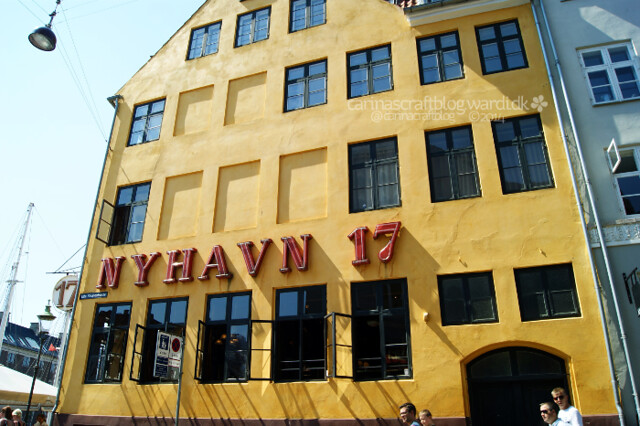 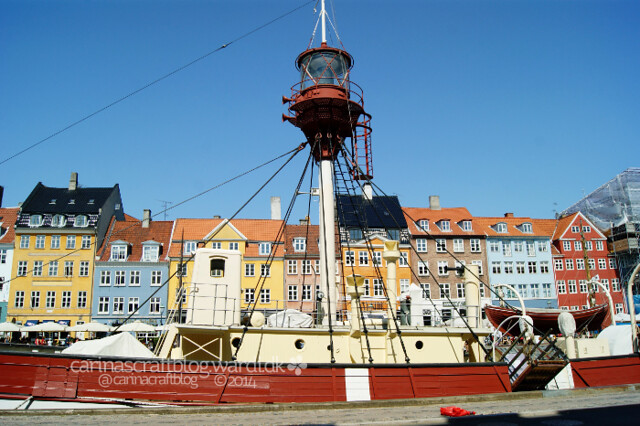 Lots of ships in the canal, among them this lightvessel. 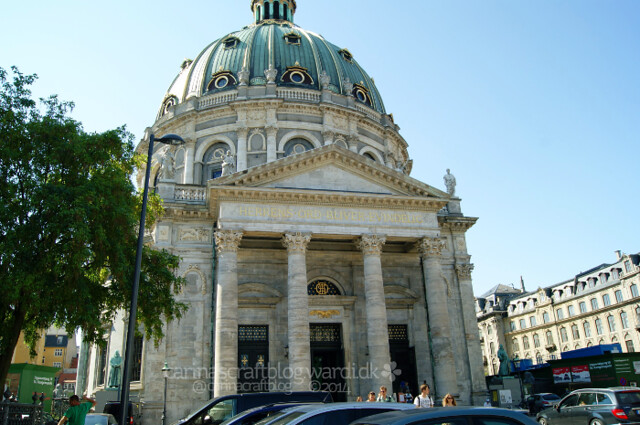 Despite the heat we decided we would go for a little walk to see a few sights. First we went past Marmorkirken. We didn’t stop to go in, but maybe we should have. Churches are usually cool in the heat! 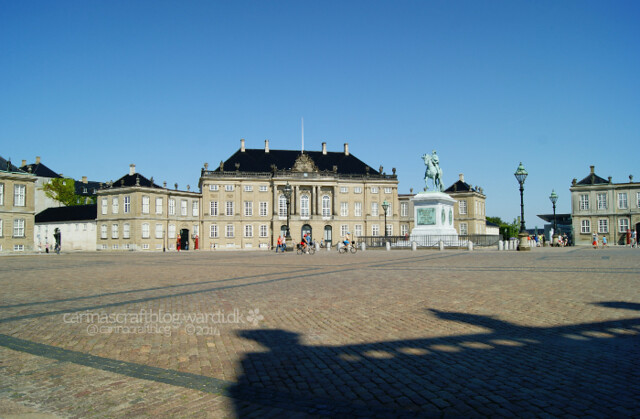 Then we popped down to Amalienborg to see if we could spot any of the royal peeps. Nope. But we did see some of the guards. I like how the square between the palaces is just part of the city. Anyone can walk in. Or cycle through it. I think you can drive through it as well if you like. 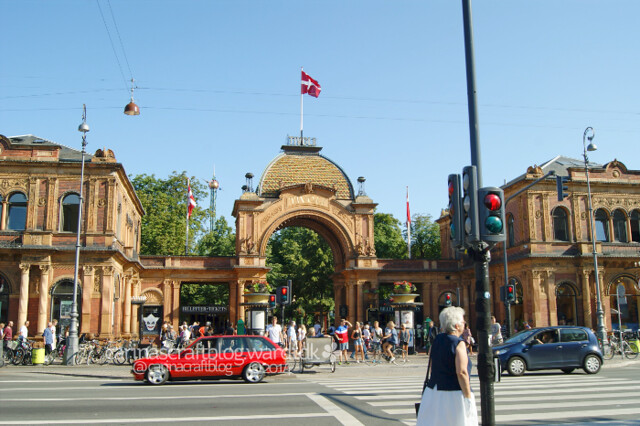 After we said goodbye to Sara, Tony and I wandered back along Strøget to Tivoli where we met my parents for dinner.