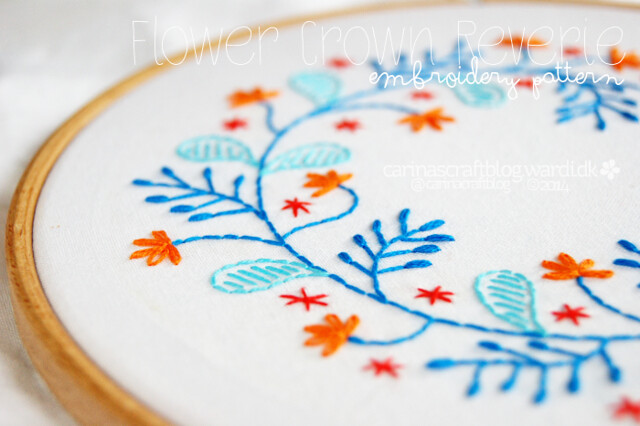 This is my latest pattern: Flower Crown Reverie. The pattern is less fancy than maybe the title suggests. I kept thinking of flower crowns while I was stitching it, so that name kind of stuck. And it’s kinda fitting too, I guess. It *is* a flower wreath type thing and I wouldn’t putting it on my head if it were made of actual flowers.

This pattern is a great opportunity to try out the granito stitch tutorial I posted yesterday. I used lots of them in those little buds.

I was actually a little apprehensive when I set out to stitch this pattern, because it has so few colours in it. Usually I have 7-10 colours, sometimes more, in a pattern. This one only has four! But you know what? Once I had decided which colours would go where, it was almost like doing colouring in. It was kinda nice to not have to think about where all those colours would go. Maybe there will be more patterns with fewer colours in my future… ;-) 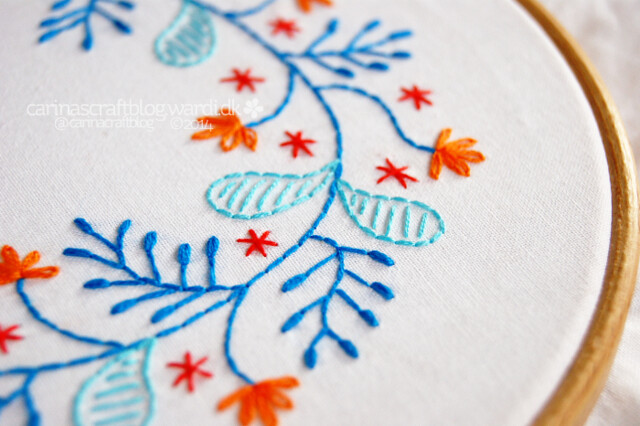 It was really, really relaxing to stitch. And because the pattern only uses four stitches, it was quite quick and easy too. I love a project that takes time, that I can get really absorbed in. But I also love doing stitchy projects where I don’t have to think too much and just enjoy the simple motions of stitching.

The Flower Crown Reverie pattern is that kind of project. The kind of pattern where you can follow along with an episode of Miss Marple, or watch the kids on the beach. I assume; I don’t have any kids to watch, nor have I been to a beach in years, but you know… ;-)

Get Flower Crown Reverie from my shop now. The pattern is also the August pattern in the 2014 pattern club where you get a new pattern in your inbox every other month. 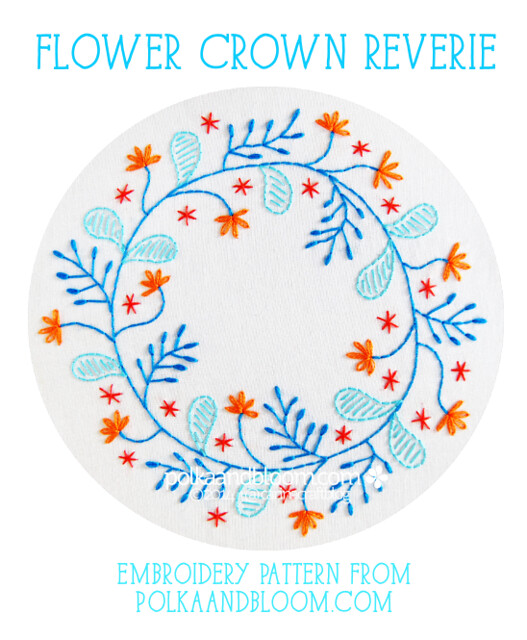