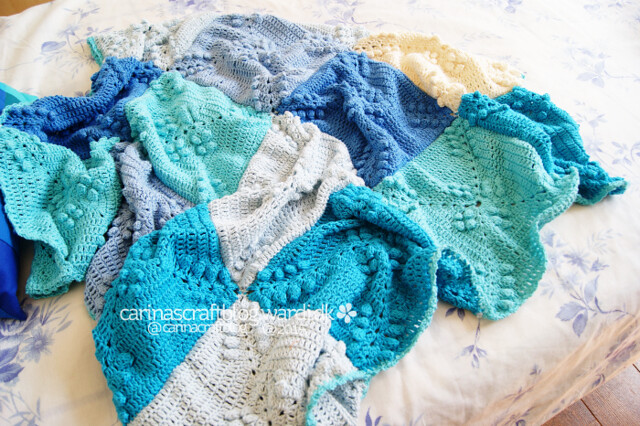 This blanket has been in a bag in a semi kinda – not – really finished state for…I don’t even know how long. It was in that bag when we moved almost two years ago and probably a good while before that.

So let’s say it’s atleast three years old, probably closer to four or five. I’m just not that into crochet any more. 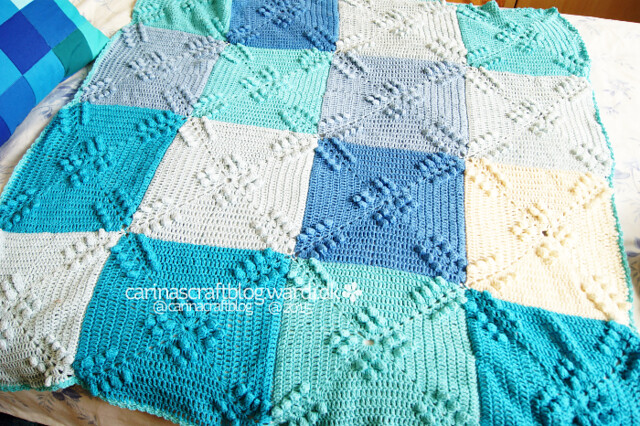 Anyway, this blanket is a smaller version of the blanket I had originally planned on making. I was totally going to make a blanket for our bed, but as you can probably tell, this thing is only lap sized.

I really wanted that large blanket. The blanket squares are enlarged version of a blanket my mum inherited from her grandmother – but because that was old and coming apart, my paternal grandmother made a copy for my parents. So I felt it was a nice continuation of a sort of family tradition. 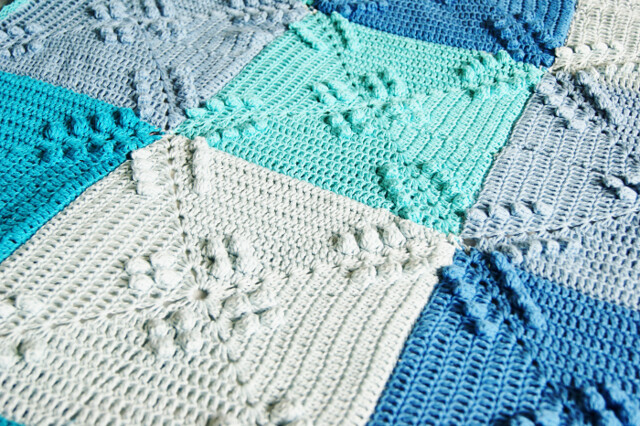 And I love the effect of the pop corn stitches creating a pattern. But those pop corn stitches were the reason why this project had stagnated. They’re kinda slow going and I kept having to double check that they were in the right place. Such hard work.

So the squares I had finished just sat in that bag. Last week I decided that I was going to do something about the blanket. Either finish it or frog it. Use it or lose it. When I checked how many squares I had already made, it turned out that there were just enough to make this lap sized blanket.

Over a couple of evenings I put the squares together and now I have a blanket that will keep me cosy when it’s a bit chilly.

It’s not the blanket I wanted to make and it’s kinda wonky. But sometimes finished is better than perfect. Now the blanket is useful. It’s not just taking up space in a drawer. 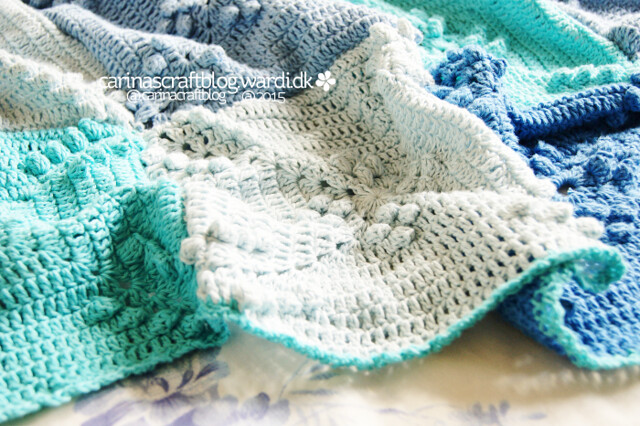 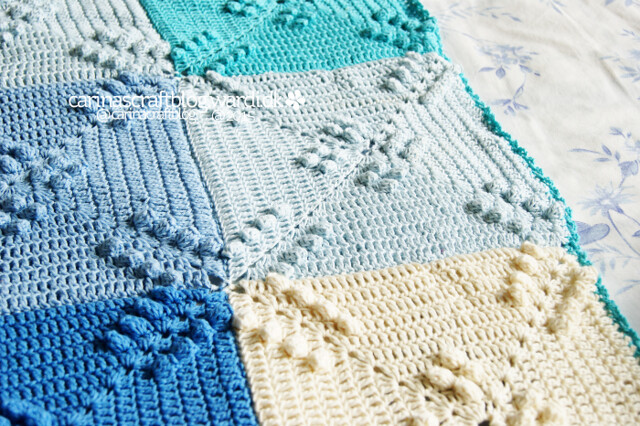