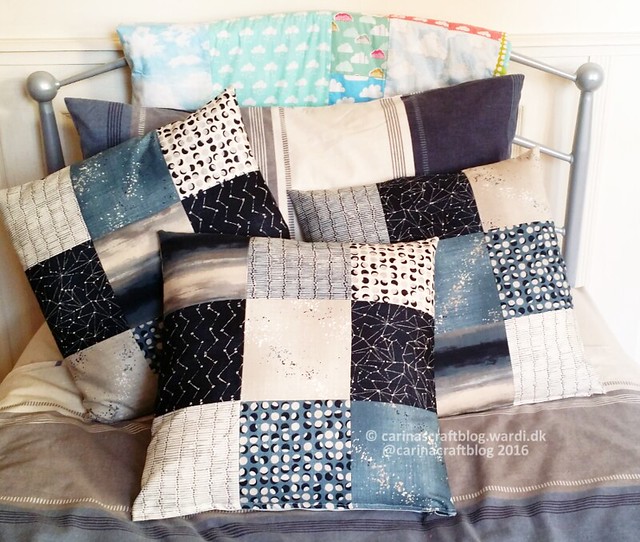 I can finally show you these cushions I made for my parents. Finally because I only finished them a couple of weeks ago and they are Christmas presents. *ahem* And finally because now my parents have received them and won’t accidentally see them on the blog first. ;-)

I used fabrics from the Nocturne line by Janet Clare for the fronts. I’d bought some in the US for my mum to bring me last autumn after she visited my sister. And my mum said that she really liked the colours and patterns and of course you don’t have to tell me twice so I knew I had to make something for her/them.

I gave them a quilt not that long ago so I thought a set of cushions would do the trick. I love the result! Each front has the same nine fabrics in different locations so they are same-y but not completely identical. 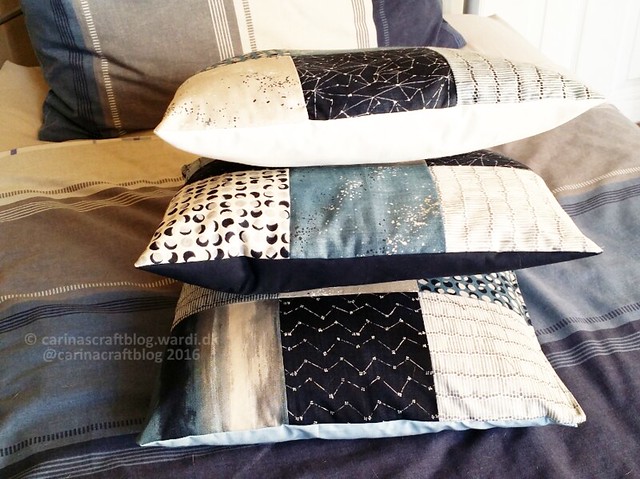 And the backs are three different Kona solids that match the front fabrics. Three different colours so they can turn the cushions over and just have the backs showing if they want. Two sets for the price of one. Or something. 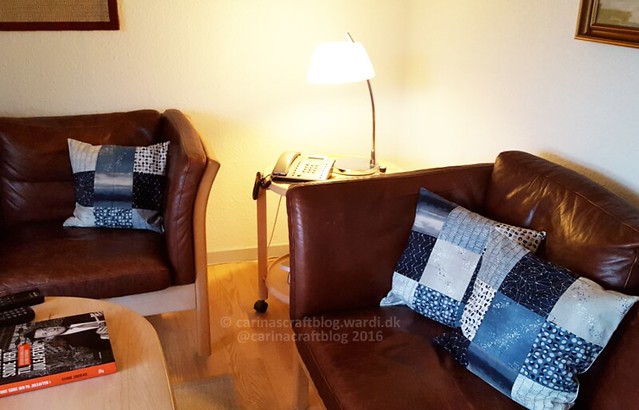 Here they are in situ in my parents’ living room. I think that looks rather cozy, don’t you? :-) 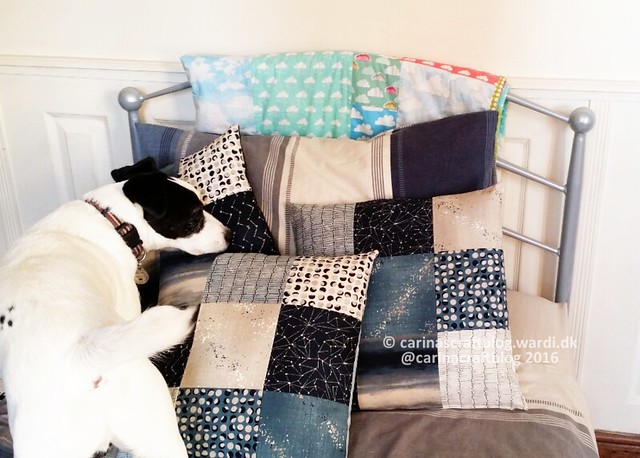 Of course, if I’m taking pictures, you can be pretty sure that Blake isn’t far away. He must know what’s going on at any given time. Little Mr nosy-pants! :-D

Hi! I'm Carina Envoldsen-Harris and I'm happy you're here. Carina's Craftblog is about embroidery and other creative things. I am an embroidery designer, author and teacher. I design happy embroidery patterns for you. Check out the patterns at Polka & Bloom.

Oh hey there, I am not currently looking for any kind of guest posts, but thank you for considering me.  Also, don’t even bother with those “I love your blog and I have this post you might like to share” which are basically advertising. Not interested in those, ever.