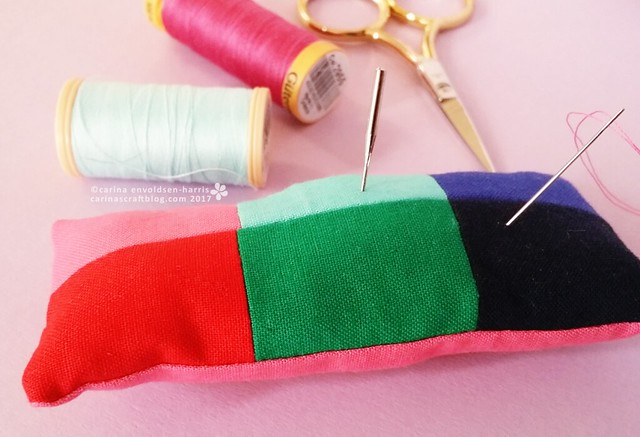 Doing different things with your sewing machine means using different sewing machine needles. But if you’ve been using a universal needle for a small project, you wouldn’t throw it away just because you change the needle to a quilting one, for example. So what do you do with the first needle in the meantime? And how do you keep track of which is which if you don’t happen to put it back in the pack?

These questions go through my head every time I put a different needle in the machine. Usually I just put the other one next to the machine. Not a great system!

I’ve been thinking that I should make a pincushion for the machine needles, but that still didn’t solve my problem with telling them apart. Until when I had a flash of inspiration the other day: use the colour coding of the packs! So simple! 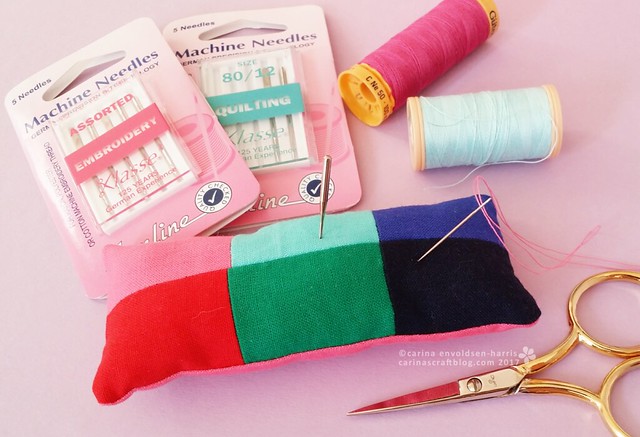 So I had a look at the needles I have and picked some solid scraps of those colours and made this pincushion. They’re just small rectangles, 2″ x 1½” each, because the pincushion doesn’t need to be big. It really only needs room for one of each needle type plus a hand sewing needle.

This is really one of those “why didn’t I think of that before?!” moments. But now I don’t have to worry about dropping the needles and I’ll know which is which just by looking at it’s place in the pincushion. I just have to memorize the colours for each one! :-) 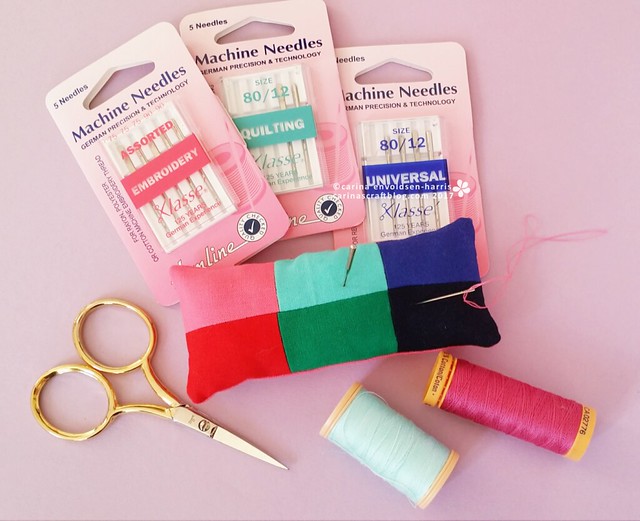