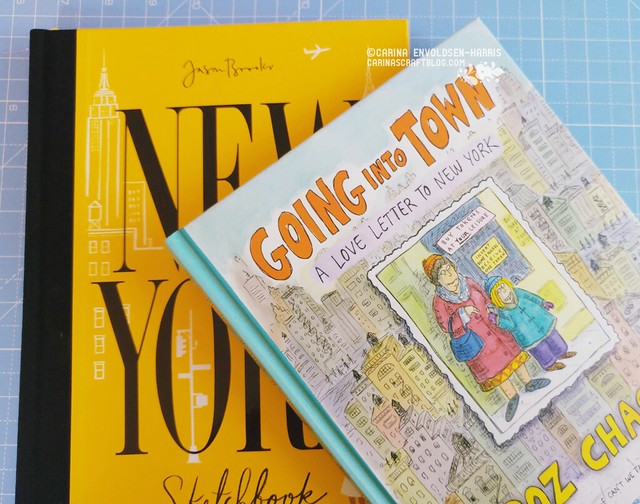 Last year I made an honest to goodness resolution to read more this year, after rekindling my love of reading in 2017. And I read more books than I did in 2017!

38 books this year, last year it was 24 or something like that. Pretty good, I think! I hope I can read even more in 2019. I doubt I can read a book a week but maybe I can get through 40 books, that would be a pretty decent number of books. :-)

A few ‘themes’ have appeared in my reading this year:

The language is really important. If it’s good, you don’t notice it (or you do because it’s *that* good). If the language is bad it can be a serious barrier to your continued relationship with a book. Sometimes it pays off to persist with reading, other times the barrier is insurmountable.

I thought historical fiction was my go-to fiction genre but this year the dominant genre has been urban fantasy, particularly set in London. I don’t like anything that’s too gory or gothic but a bit of magic in a modern day setting I find quite appealing. A bit of escapism from the sh*t show that’s been 2018.

And of course, there were a bunch of books about/set in New York.

Oh and I have started following more authors on Twitter. I can really recommend doing that. Some authors are really open about their creative process which I find really fascinating. Even if perhaps you don’t like a particular author’s books, their thoughts about writing/creativity can be worth following. I really like following Joanne Harris, particularly for her frequent TenThingsAbout… threads.

Below are all the books I read, or started reading, in 2018. Some I finished and some I gave up on. I very firmly believe that if you don’t like a book, you shouldn’t finish reading it. Why waste time with company you don’t like? ;-)

Most of the books on my list are fiction, but I’ve included some non-fiction books as well, because I read the whole thing and not just sections that I ‘needed’ to read. I haven’t included the five or six New York Guide books I plowed through because let’s be honest, they were more or less the same book. :-D

Have you read any of these books? What did you think? Any books you can recommend?

I kept a running list through the year, in the Keep app, and added notes with each book if I felt like it. So this list doesn’t include a summary or a review of each book. If I finished the book, I liked it and can recommend it. If I didn’t like/finish the book, there’s more likely to be a note in the list as to why.

Whispering Underground (Ben Aaronovitch)
Going into Town (Roz Chast)
Quiet Girl in A Noisy World (Debbie Tung)
Better Than Before (Gretchen Rubin) I finally finished it!
Broken Homes (Ben Aaronovitch)
A Tree Grows in Brooklyn (Betty Smith) couldn’t even get started on it
Just Kids (Patti Smith) Meh. I guess if you’re a fan of Patti Smith, this would be great, but I just found it slightly self absorbed…
Fortress of Solitude (Jonathan Lethem) Very, very long. I skipped a lot of pages. So I may have missed some of the point. I wanted to see how it ended but I never really cared about the characters. Too much describing the scene and hinting at things.
Happier at Home (Gretchen Rubin)
The Happiness Project (Gretchen Rubin)
Wise Craft Quilts (Blair Stocker) LOVE!
Braving the Wilderness (Brene Brown) Haven’t finished this yet but I will!
Mr Penumbra’s 24 Hour Bookstore (Robin Sloan) Quick read, really liked it!
Foxglove Summer (Ben Aaronovitch)
The Hanging Tree (Ben Aaronovitch)
The Invisible Library (Genevieve Cogman) It was ok, felt a bit too explainy about the characters feelings. But not a proper feel for the world…
An Unsafe Haven (Nada Awar Jarrar) Really liked this one! The settings and circumstances are foreign but the underlying themes were relatable.
The Storyteller Or the Hakawati (Rabih Alameddine) gave up about 100 pages in. Too many stories to keep track of, 5 or 6 at the time I gave up.
The Wood (John Lewis-Stempel) Gave up after 40 ish pages. Too many wishy-washy metaphors plus he’s talking about ‘production’ of his pigs. They’re not fucking objects! ?
Where Poppies Grow (John Lewis-Stempel)
The Last Painting of Sara de Vos (Dominic Smith) Liked it very much, more than expected. Want to check out more of his books.
On Writing (Stephen King) It was interesting, but I’m not a fiction writer so not all of it super relevant.
The Making of The British Landscape (Francis Pryor) Interesting, but it was quite long and with a lot of terms and period names and years, which were a bit difficult to follow and it made me very sleepy!
A Small Place in Italy (Eric Newby) I’ve read this a gazillion times and will again, undoubtedly.
On The Shores of The Mediterranean (Eric Newby) Gave up after two thirds. It was a bit like listening to your grandfather telling about a holiday, but mainly lecturing you about the most boring bits of the history of the place he visited. Very disappointed since I like A Small Place in Italy so much.
New York (Edward Rutherford) I’ve read this before, but thought I’d re-read it before our trip to New York (in September 2018).
How to Stop Time (Matt Haig) Very good. Too short!
The Châtelet Apprentice (Jean-François Parot) You can tell it’s a French book in translation, there’s loads of food and wine references! ? Looking forward to reading the next book in the series.
Archisketcher (Simone Ridyard) Very good.
The Sewing Machine (Natalie Fergie) Still good, still way too short.
Strange Practice (Vivian Shaw) Really enjoyed it.
East of Hounslow (Khurrum Rhaman) Barely got started. Not for me.
The Postmistress (Sarah Blake) Not for me.
The Furthest Station (Ben Aaronovitch) Good, but too short.
The Fire Court (Andrew Taylor) Liked it. A little bit confusing?
The Magician King (Lev Grossman) Couldn’t get into it. Something about the language annoyed me.
New York Sketchbook (Jason Brooks)
Everyday Matters (Danny Gregory) Love it. Wish it were longer.
The Magpie & The Wardrobe: A Curiosity of Folklore, Magic & Spells (Sam McKechnie, Alexandrine Portelli)
The Secret Library (Oliver Tearle) It’s interesting! But there are some weird editorial snafus, repeating the same word in the start of a sentence three times in half a page (“Curiously,…”) and repeating the same information almost verbatim one page apart.
Bicycle Diaries (David Byrne) Quite good! Less about cycling, more about culture, politics and travel.
Dreadful Company (Vivian Shaw) Very entertaining. Quick read.
Fated (Benedict Jacka) I liked it. Going to read more in the series.
Night Raven (Sarah Painter) Liked it very much. Fast read. Looking forward to next book in the series.
Sorcerer to The Crown (Zen Cho) It sounded like exactly the kind of book I’d like to read. But the language was so full of unnecessarily polysyllabic words and attempts to sound like a certain era that it completely distracted me from the story. I gave up about 25% into the book. Even asked for a refund from Amazon (Kindle book).
Notes from Walnut Tree Farm (Roger Deakin) Liked it! Although, I did skip some parts that felt kinda same-y.
The Prince and the Witch and the Thief and the Bears (Alastair Chisholm (author), Jez Tuya (illustrator))
Lies Sleeping (Ben Aaronovitch)
Sourdough (Robin Sloan)