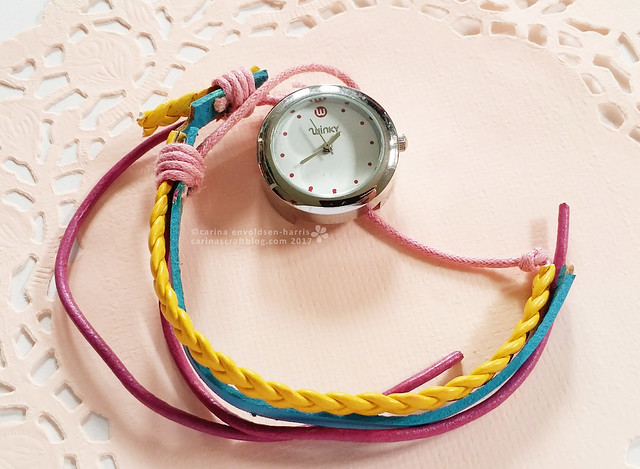 A few years ago, I won this watch. I liked it. It was different and colourful. But shortly after, I became vegan and as you can maybe tell, the strap is leather. I didn’t want to wear it anymore. So it’s been in a drawer for ages. For some reason I couldn’t bring myself to get rid of it.

But then, a little while ago, I had a light bulb moment: I can make a new strap for it! I make things, surely this can’t be that hard!

It wasn’t hard at all. I cut off the old strap and then I took off the things on the back that hold the strap in place. And then I could get started on making a strap. 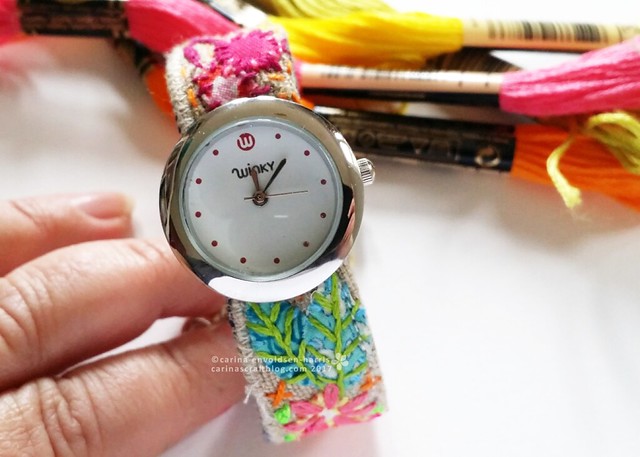 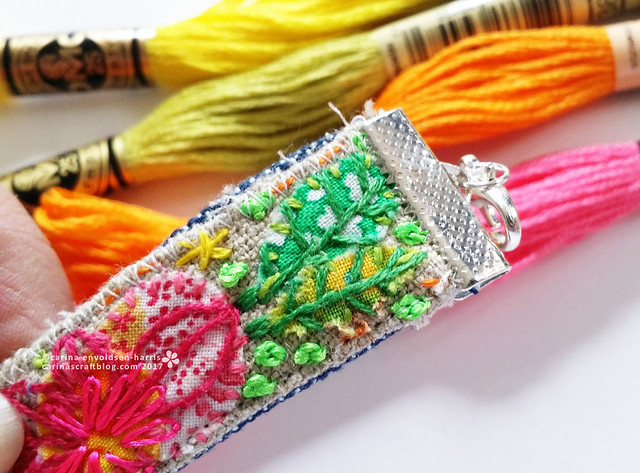 It took me longer to make the plan reality than I had thought. Because I had no idea what those clasp-y things on the ends might be called. I found a clasp for making bracelets, but that was way too small. So the watch making stalled for a bit.

Until a friend happened to post a picture on Instagram of exactly the thing that I was looking for. So finally I could ask someone “what is that thing called?!” It’s a ribbon crimp or clamp, in case you’re wondering.

Huzzah! The watch making was back on! 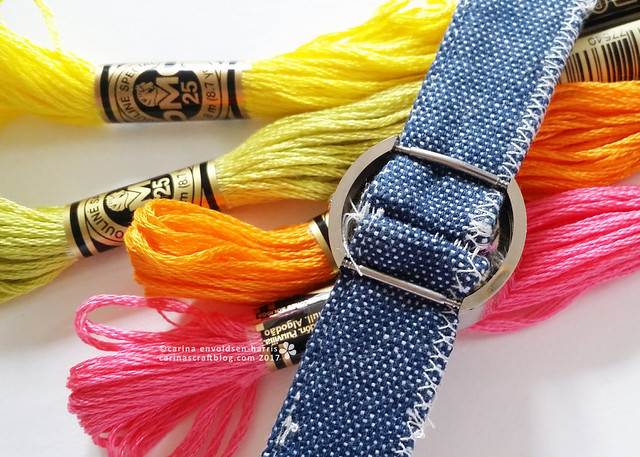 I made a template that would fit through the watch and be wide enough for the clamp. And long enough to fit around my wrist. It was a bit too long, but that turned out to be a fortunate mishap.

The strap was one long piece to start, but because the ends were wider than the watch, I had to cut the strap in half to assemble the watch. So I lost a bit on the length, where it’s sewn together in the middle. But it’s no biggie, the clamp has a small chain on it so the strap still fits. 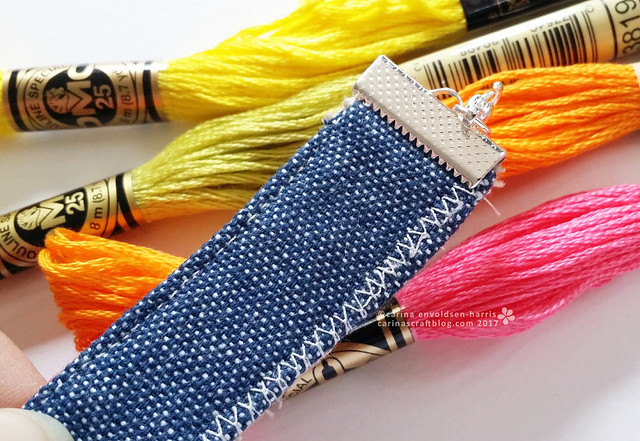 I also underestimated how difficult it would be to sew the strap together and then turn it right side out. Pretty much impossible because I had used this denim on the back and a stabilizer as well. So I had to sew one side together from the outside, using zigzag stitch because of the linen I used on the front. Lots of learning opportunities here! :-) 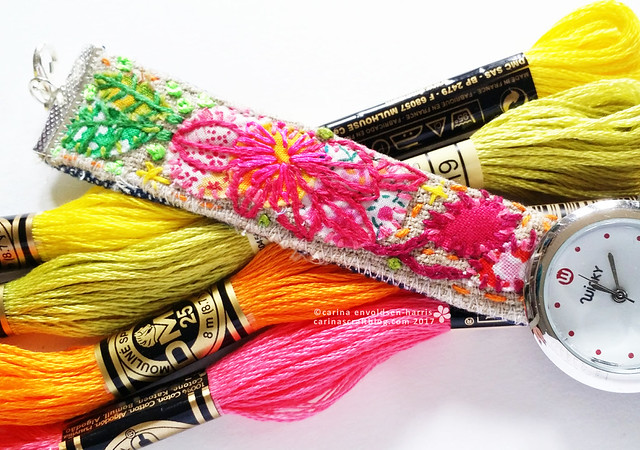 And I kinda like how the zigzag stitching adds an extra texture to it. 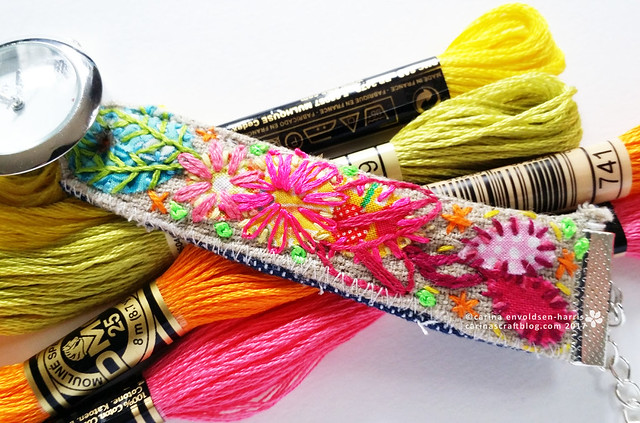 The only thing I wish I had done differently is doing the pink flowers right by the watch. Obviously, that’s the part of the watch you look at the most. But nevermind, I can always make a new strap – I bought extra clamps just in case! ;-)

I am really happy that now I have a watch again. I haven’t worn one in years because “I can just look at my mobile, I don’t need a watch!”

But you look at your mobile to check the time and then you see an email notification which you *have* to check and while you’re at it, just check Twitter and hey, look at that someone commented on your Instagram post and then before you know it you’ve wasted half an hour doing nothing, just because you checked the time. ;-)

Am I the only one who does that? Well, I’m going to try and be better about that.