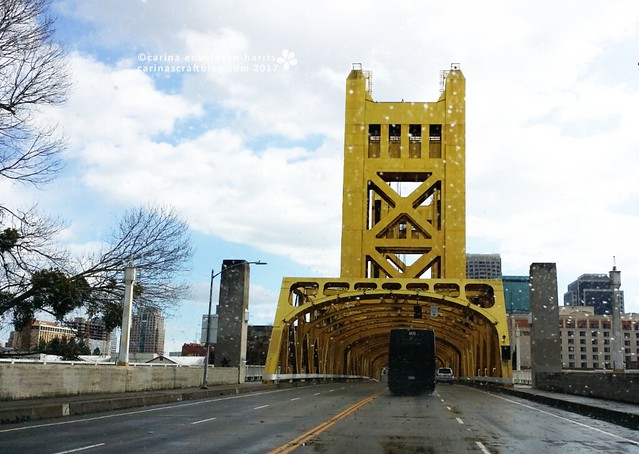 Way back in February, I visited my sister and her family in Califonia. I posted about parts of the trip already, here and here. Pictures from the last two (full) days have been sitting on my computer waiting to be edited and shared. So here we go with the antepenultimate day. ;-) 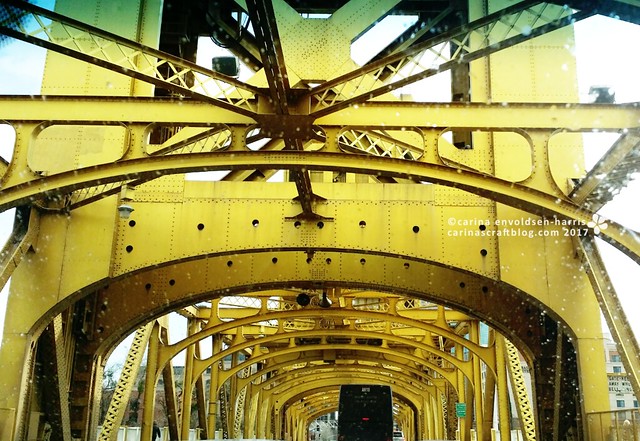 On day seven, my sister, the twins and I drove over to Sacramento. The kids were VERY excited about this yellow bridge over the Sacramento River. When we returned home in the evening, they wanted to go over it again, but that was out of the way for us. So I told them it was closed at night. Amazingly, they bought and there were no tears! ;-) 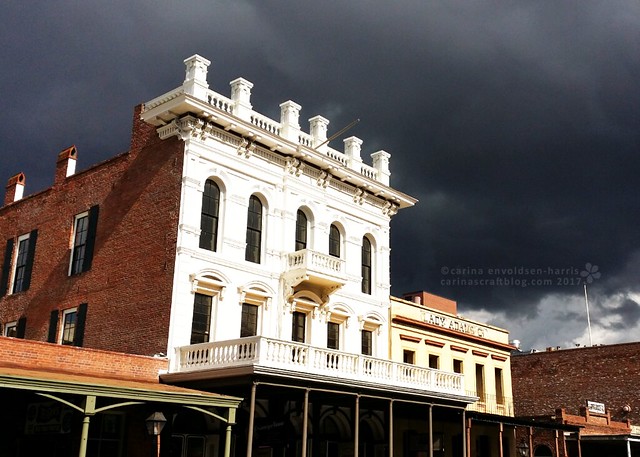 We arrived at Sacramento’s old historic district just after it had rained, so I got a few dramatic shots like this. The buildings in that area are beautiful and interesting. 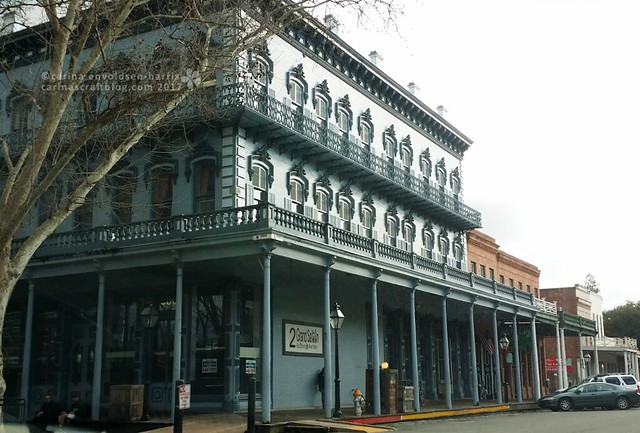 Another building in the historic district. 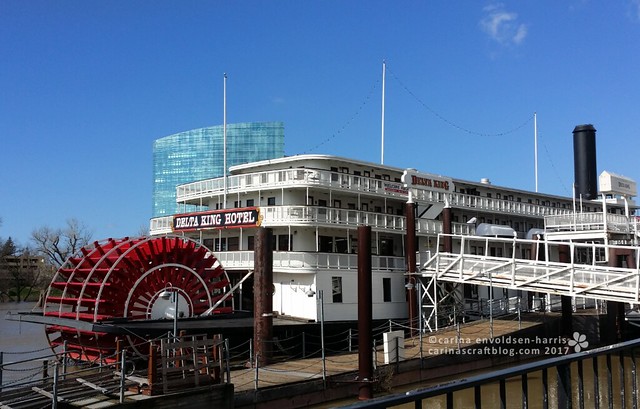 There is a 1927 riverboat moored by the old historic district – I think it’s used as a hotel – it was beautiful. I am not super keen on water, but I braved my fear and went on board. 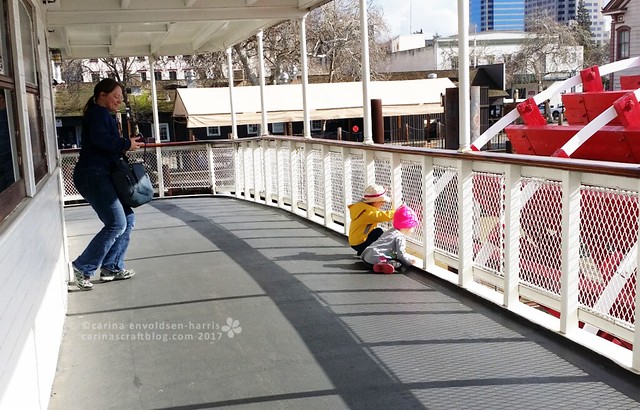 My sister taking pictures of the kids. I like the movement in the picture and the pops of yellow and neon pink. :-) 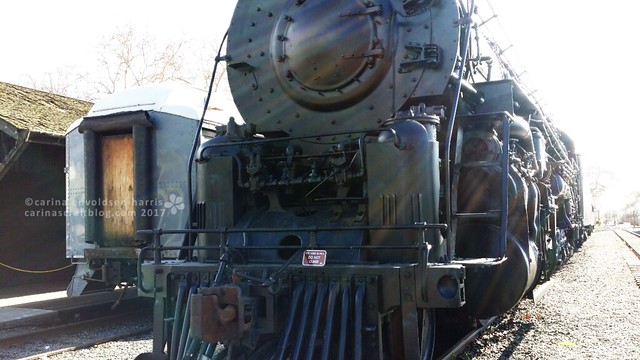 There were several old trains by the old historic district. What giant beasts! 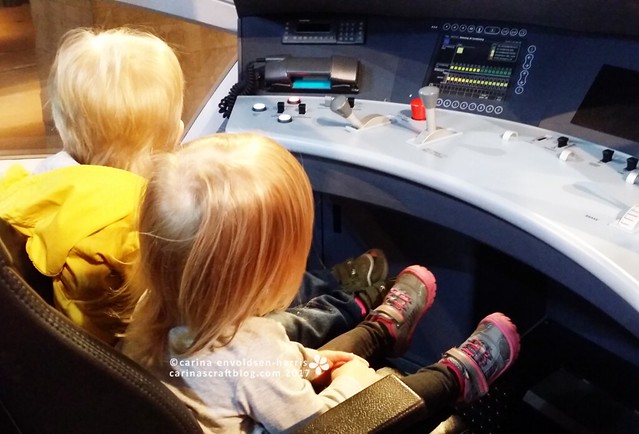 We went to see the California State Railroad Museum right next to the historic district. Lots of different trains, old ones and new. Like this one from Germany. Much excitement about being allowed to sit in the driver’s seat! 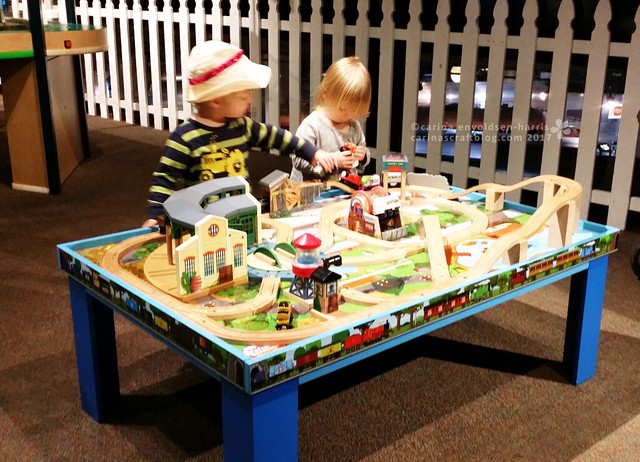 But most of all, there was excitement about playing with the Thomas the Tank Engine trains. They would happily have stayed there for ages! :-)