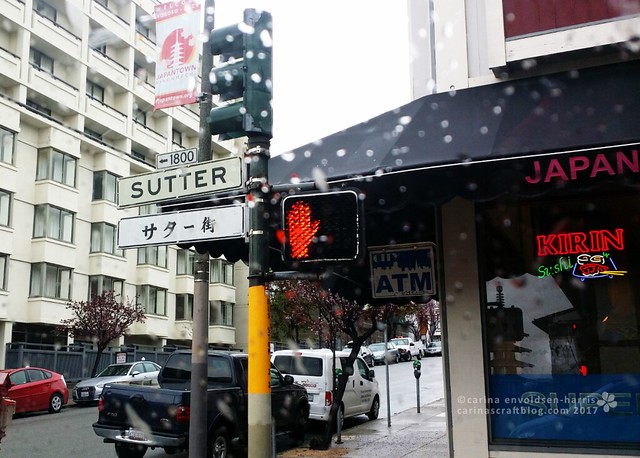 This is the last post from my trip to California (part 1, part 2 and part 3) and the last full day of my visit with my sister and her family.

My sister and I drove down to San Francisco for a girls’ day out. On the wettest day of my visit, fun! 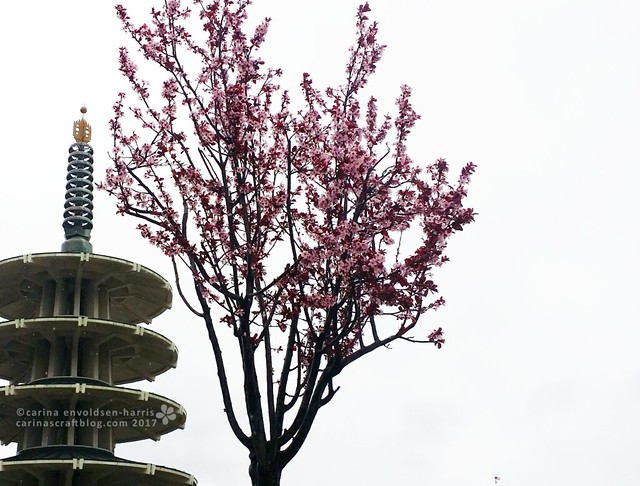 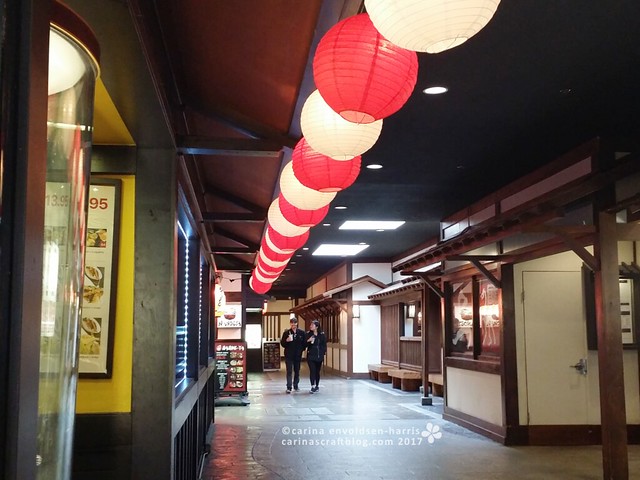 Inside the Japan Center. 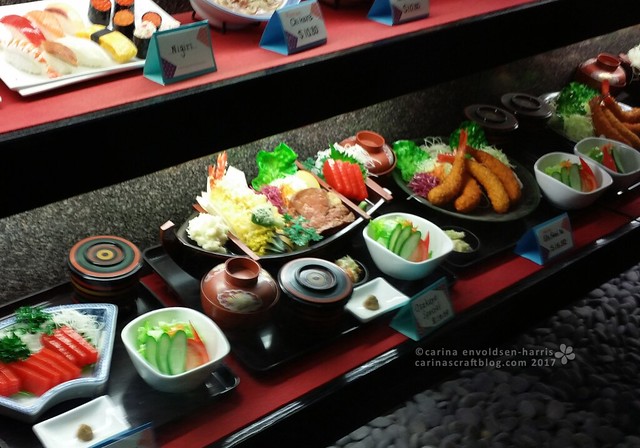 Fake food so you can see what’s on offer in this restaurant! 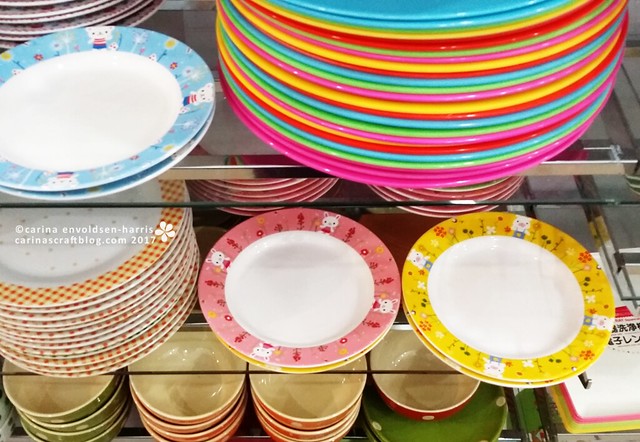 Ah, Daiso! All the cute! We don’t need any more plates and I was worried they’d smash to pieces on the trip home, so no kawaii plates for me. 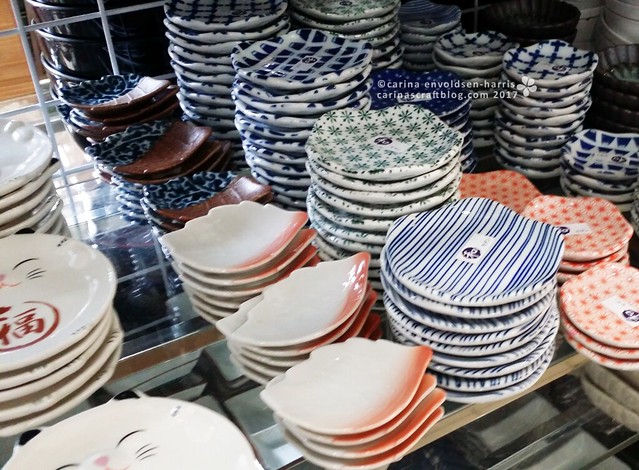 I have a thing for blue and white ceramics so it was really difficult not to bring home several bowls and plates and… chop stick rests? 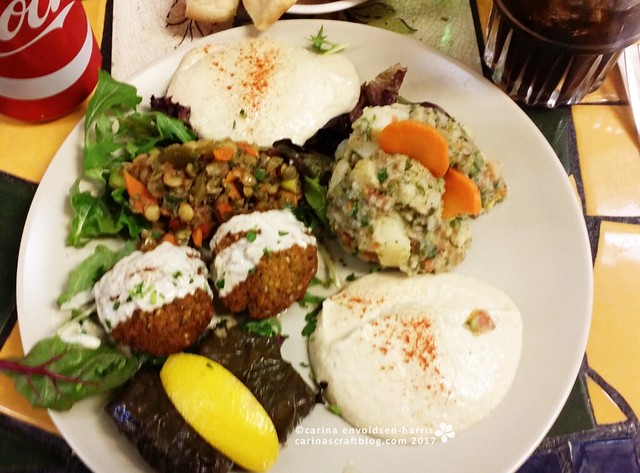 We had lunch in a cosy little restaurant called La Méditeranée which serves Mediterranean/Middle Eastern food. It was delicious. Not a scrap was left on my plate. One of the best meals I have ever had. 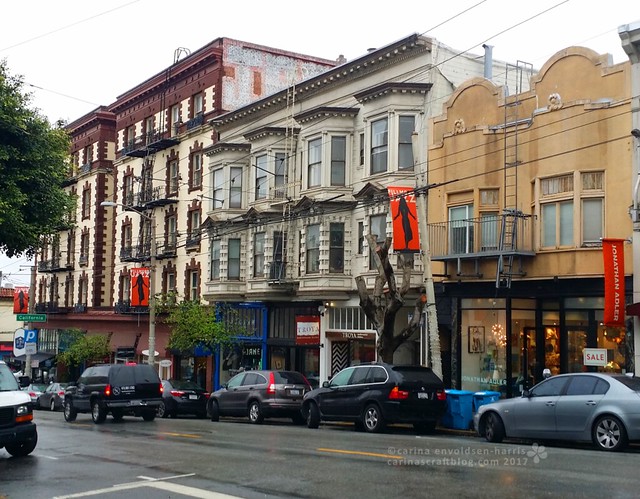 Random street, walking back from the restaurant to the Japan Center where we had parked the car. 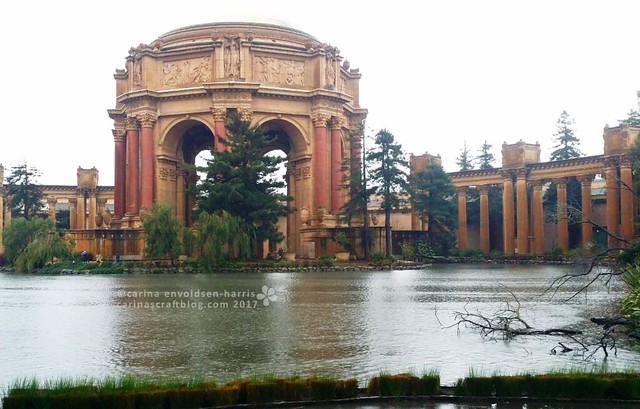 Palace of Fine Arts. In the rain. So much rain. 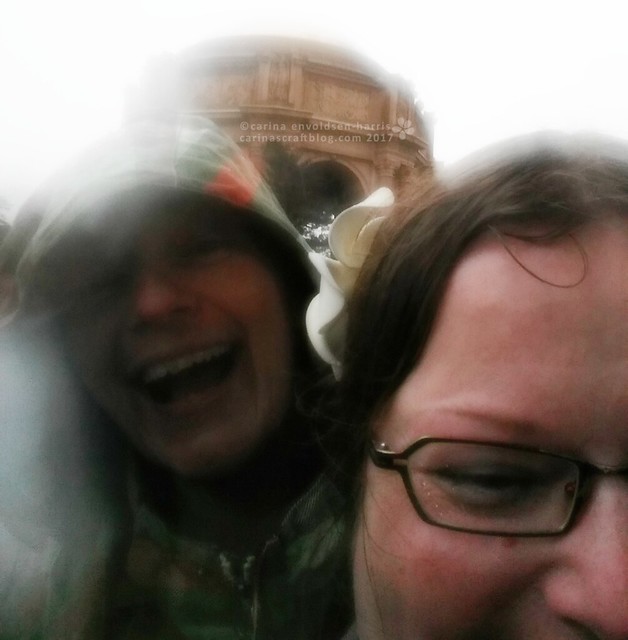 That’s my goofy sister photo bombing my selfie with the Palace of Fine Arts! :-D 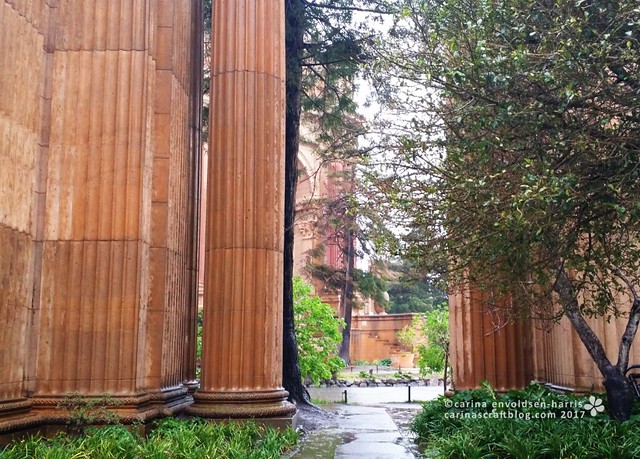 It was a bit cold in the rain but it did make the colour of the buildings and the greenery more saturated. The Palace really is a striking structure. I had seen it on my previous visit to San Francisco, but only from a distance. It was nice to see it up close. 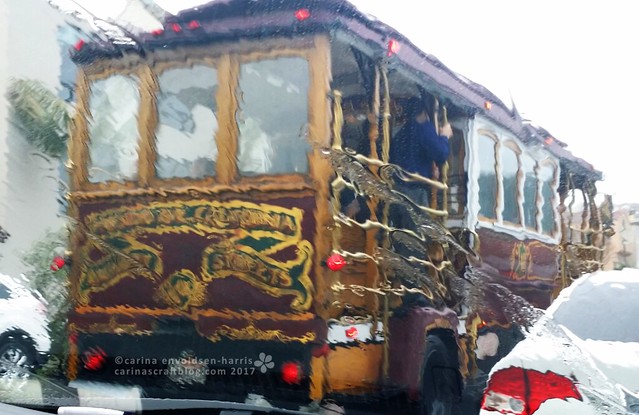 Obligatory shot of a cable car. ;-) 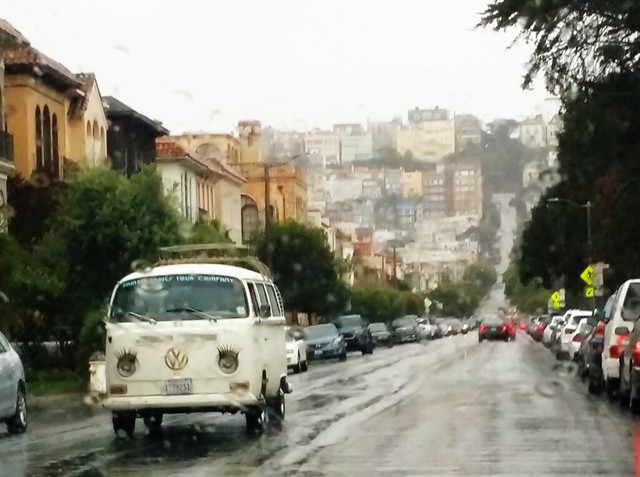 I was trying to take a picture of the houses in the distance, only later did I notice the eye lashes on this VW bus! 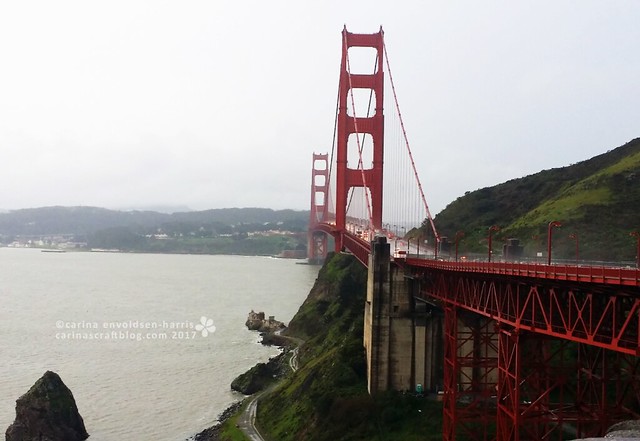 We drove back to Napa across the Golden Gate Bridge and my sister pulled into the viewing area so I could get some pictures. 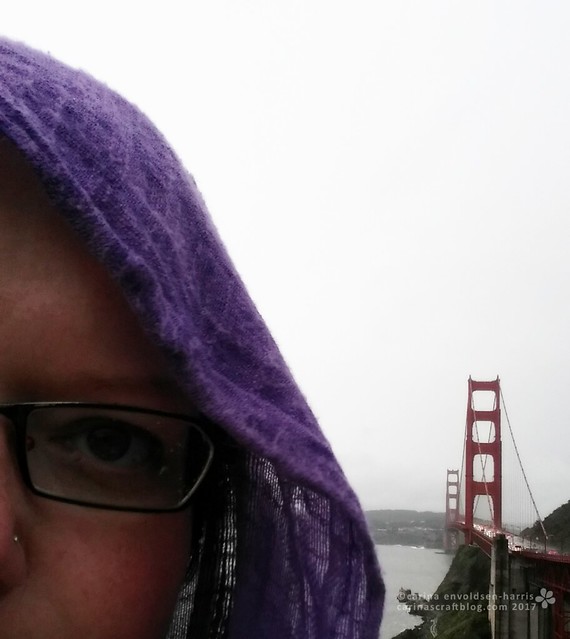 It was still raining quite a bit at this point, but I had taken off my jacket to dry over the back of the car seat. So all I had to protect me from the wet stuff was my scarf. I use the word ‘protect’ pretty lightly as you can probably see! I got pretty wet, but it was worth it. 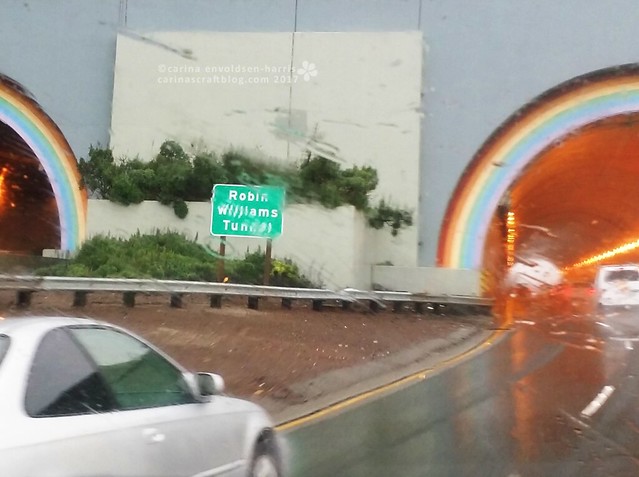 I thought it was quite delightful that this rainbow arched tunnel is named after Robin Williams. It seems fitting somehow.

I had a great trip to visit my sister and her family. I wish they lived closed, of course, so we could see each other more often. But then I would have had an excuse to go to California. ;-)