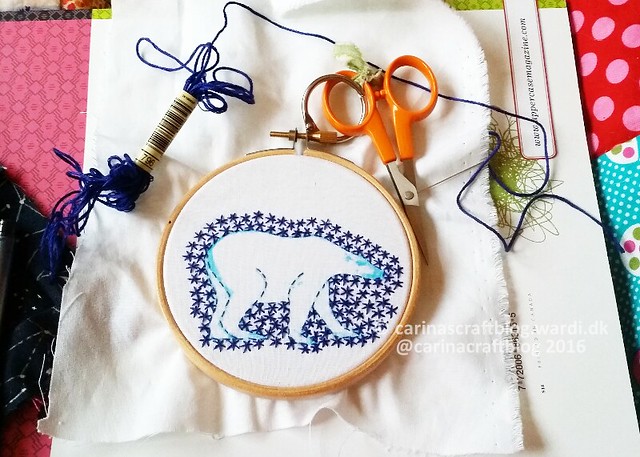 Another day, another polar bear. I had plans for more polar bears. And friends. But then Tony passed his cold on to me (thankyouverymuch!), just as I thought he would. So not much of anything has happened in the past couple of weeks.

When your body is feeling ill it’s bad enough, but when it also means that your brain can’t possibly focus on anything for more than a few minutes at a time. That double sucks. And blows.

Anyway, feeling much better and now I want to get started on all those projects and ideas that have been brewing since last year. And many of them are to do with polar bears. I think they are my favourite animal. Not that I’ve ever actually seen one. Except for in a zoo…

I can’t quite put my finger on why I like them so much. But they have always fascinated me.